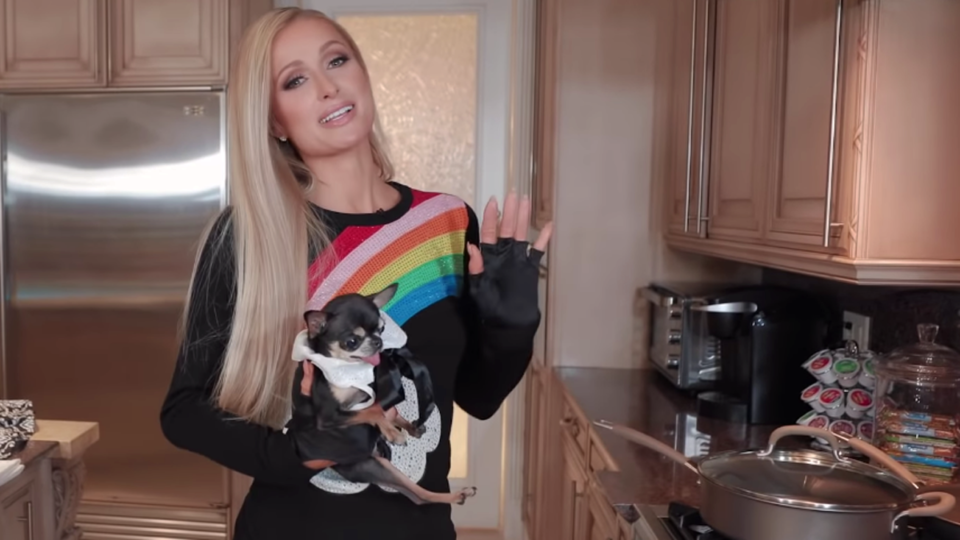 Paris Hilton announced a new documentary in partnership with Youtube showing her true self. Hilton explains that she played a character on The Simple Life that is very different from who she truly is. The biggest difference that viewers will notice right away will be her voice. She has ditched the baby voice for a deeper more natural voice.

But did anyone ever actually think Paris Hilton was that ditzy? I think most people know that reality television can be quite far from reality. This reminds me of an episode of Watch What Happens Live where singer P!nk talks about being confronted in a club for parodying Hilton in her song “Stupid Girls.” P!nk dishes that Paris was not happy about her portrayal and explained that she only acts stupid but she is not in real life. P!nk’s response? She knew and that was what she was speaking out against in “Stupid Girls.” P!nk does not think women should play dumb for attention or entertainment.

While women playing dumb may not push female rights further, it can definitely be entertaining. If you enjoyed The Simple Life and watching that character Paris was portraying then buckle up for “Cooking With Paris,” a video Paris posted on her Youtube account. The video is entertaining and stars classic Paris. Remember when you were 12 and you would go over your friend’s house, their mom would leave money for pizza but your friend would say, “no, I can whip us up a great [insert name of food a 12 year old shouldn’t be cooking].” The entire time your friend would act like they knew what they were doing but they actually didn’t and afterwards you would have to eat their bland, poorly made food? Well that is how this bit plays out and it is hilarious.

In the video Paris shows us how to cook her infamous lasagna that she always used to sit on the counter and watch her mom cook. She begins by introducing us to her dog who is wearing a Chanel apron which surely costs more than my rent. Paris holds the dogs while wearing her “chef gloves.” Don’t worry, she keeps the fingerless gloves on while she cooks and handles cheese and raw meat. Trust me, Paris is not worried about foodborne illness because she has access to good doctors.

Every ingredient she has she recommends to get a different version as if pretending that she has never seen any of specific ingredients and an assistant got them all wrong. The lasagna noodles are not oven ready, there is too much ricotta cheese, and the mozzarella is not pre-shredded. Paris remarks, “I wish this was already shredded, but whatever life could be worse.” Could it really, Paris? She also acts like she has never seen ricotta cheese before and checks the other containers to make she it is supposed to look that way.

The entire segment is hilarious. She picks up a spatula and says she doesn’t know what it is, she uses multiple spatulas for the meat, gets salt everywhere, puts himalayan salt on the meat after she already putting regular salt on the meat. Paris even picks up an onion and garlic and states that she will not be putting either into her lasagne. I hope she enjoyed her bland lasagne.

Paris even gives us another great phrase, “sliving.” I never heard of sliving before so I had to google it and I was not disappointed when I found out it was invented by her to be a combination of “slaying” and “living my best life.”

One of the funniest moments is when she is standing next to the stove and sprays her pink mist scented spray. She also has a diffuser running the entire time. I can only imagine the smell of that kitchen.

You can watch other videos featuring Paris, like her trying on clothes for the Golden Globes, on her official Youtube channel. All the videos are very produced and entertaining. You can even see the clip of an E interview where she explains that she is playing a character in “Cooking with Paris.”