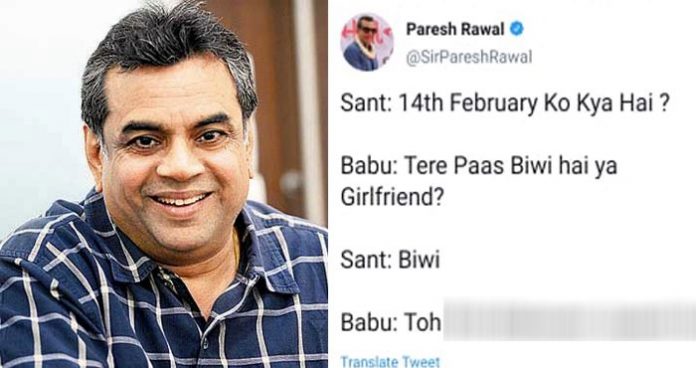 Bollywood actor Paresh Rawal is one of the most versatile and loved actors of Bollywood. The actor is known for acing each and every role, irrespective of the genre. He gets into the skin of the character he plays and leaves us speechless, every single time.

Well, Paresh Rawal is very active on Twitter, where he is very vocal about his thoughts on various issues. He never shies away from taking a stand on any issue. However, besides this, his comic side also comes out often and it is no less than a treat for the fans. 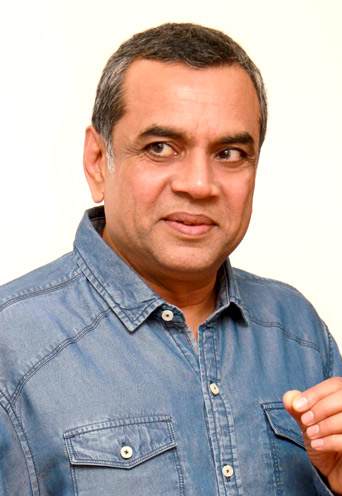 Meanwhile, Paresh Rawal was at it again. Paresh Rawal came up with a ‘babu-bhaiya’ special joke for all the singles (and married) out there for the upcoming love-day.

Valentine’s day is just around the corner. While the couples are thrilled and excited for Valentine’s day, on the other hand, singles are busy in hating all the ‘lovey-dovey’ posts on social media.

Paresh Rawal, who is famous for portraying the iconic role of ‘Babu Rao’, came up with a hilarious joke where he wrote a conversation between two people ‘Sant’ and ‘Babu’. Mocking how it is just a normal day for the married people, Paresh Rawal wrote: