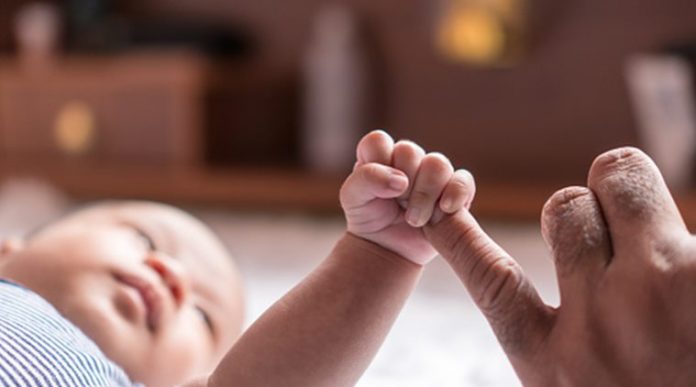 Bhubaneswar: All talks of poverty alleviation seem to be hollow as some unfortunate people still continue to barter their babies for bread to cope up with abject penury. One such shocking incident came to the light in the outskirts of the Capital city here Thursday when the Commissionerate Police detained four people for allegedly trading a 19-day-old boy.

The detainees include the poor parents of the infants and two mediators – an ASHA worker and an elderly neighbour. According to reports, unable to endure the pangs of hunger, a poor couple hailing from Satyanagar slum in Bharatpur area sold their infant son to an unidentified couple for a paltry sum of Rs 10,000.

What is noteworthy is that earlier, such stray incidents were reported from remote areas of the state, but this time it occurred in the capital city.

The hapless couple, Dilip Das and his wife Mini Das had four children before the birth of the fifth child in December 2019. The issue came to fore after the Childline, Bhubaneswar, lodged a complaint in this regard with the Khandagiri police here, Thursday.

An activist of Childline here, who requested anonymity, said, “We received information that a lady had sold her 19-day-old baby to a wealthy person for a sum of `1.50 lakh at Bharatpur slum. Subsequently, we reached at the slum and held discussions with the parents of the child, Anganwadi workers, ASHA workers and the slum dwellers of Satyanagar Basti. During the discussion, the parents confessed that they had sold the infant through an agreement on non-judicial paper and received `10,000 from an unidentified
person.”

The activists claimed that the deal was conducted with help of an ASHA worker of Satyanagar slum and one Padma Das, an elderly neighbour of the couple, and another person identified as Manasa.
Meanwhile, Mini Das, the mother of the infant, who works as domestic help, told the media that she sold her baby in order to provide the child a bright future. She said that it was already difficult for them to bring up the existing four children and the life of the fifth child would be miserable if he was with them.

Mini further said that the person who bought the child had promised to provide them jobs in
his firm.
Till the last news came in, Khandagiri police succeeded in rescuing the child from Mancheswar area. The child, now three-month-old, has been admitted to Capital Hospital for check-up. The police, however, are yet reveal the identity of the buyer.