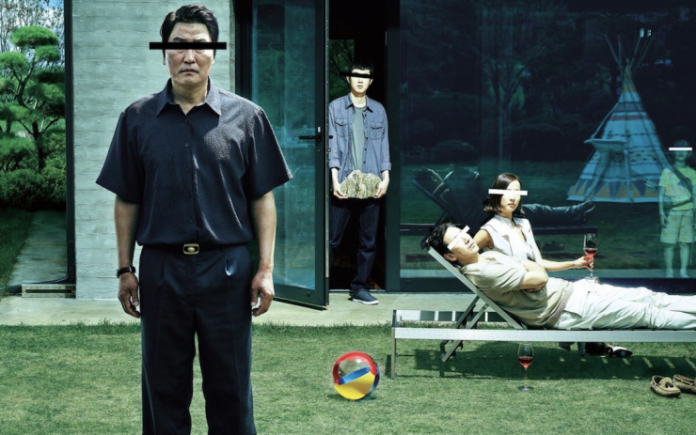 Believe it or not, sometimes the Academy Awards gets it right. The show’s history is defined by its losers, what movies didn’t win, and which actors never won. The long list of snubs, upsets, and out-of-left-field picks is endless. This year, though, the Oscars were on the money by rewarding Parasite Best Picture, Best Director, Best Original Screenplay, and Best Foriegn Picture.

Filmmaker Bong Joon-ho made history by becoming the first man since Walt Disney to collect four Oscars in a night. Often the best foriegn picture is the best picture, but seldomly does it get the top honor. There was no debate, however, that Parasite deserved it all. Now, Joon-ho’s perfect film is seeing more love at the box-office following its historic wins at the Academy Awards.

Parasite has already made over $165 million at the worldwide box-office. For a foriegn language movie that cost $11 million, it’s a remarkable box-office toll. Now, even though the movie is already available on DVD and VOD, Joon-ho’s drama is continuing to sell tickets like hot cakes. Over the last week on Fandango, ticket sales have increased by 443%. For rentals and purchases on Fandango Now, it’s been a 468% increase in sales and rentals.

Joon-ho is Killing it On Fandango

If anyone wants to revisit or catch up on Joon-ho’s other modern classics, FandangoNOW is selling The Host, Mother, and Barking Dogs Never Bite for only $7.99. Those movies are priceless, so it’s a steal of a deal. In a statement, Fandango Managing Editor commented on the surge in ticket and rental sales:

“‘Parasite’ is seeing a remarkable uptick in sales on Fandango and on FandangoNOW. Moviegoers who haven’t seen the movie yet are anxious to discover it on the big screen or at home, while fans who have already seen ‘Parasite’ are ready to re-watch Bong Joon Ho’s masterpiece to unpack its many layers.”

In a Fandango survey, 73% of voters said they’d watch or rewatch Parasite if it won Best Picture. Following the movie’s win, 54% called the win the “happiest surprise” of the night. If any of those voters were in Los Angeles the night of its win, they saw nothing but joy expressed for a great artist. Artists, journalists, and all sorts of talent related to the entertainment industry are so over-the-moon about Parasite’s success you would’ve thought they won.

Another Reason Why Parasite’s Win is Beautiful

For starters, Parasite is the first time a South Korean film has won Best Picture and Best Foriegn Film. Considering the country is home to some of the greatest filmmakers around, such as Park Chan-wook and Kim Jee-woon, it’s about damn time. Because the country’s most popular movies tend to be more genre-oriented, they don’t always get the recognition they deserve. Years ago, The Handmaiden should’ve cleaned the house, too, but it didn’t.

It’s a huge win for South Korea and movie fans across the globe. So many people will now be introduced to the wonders of Joon-ho’s work and, hopefully, other great foriegn filmmakers. As Joon-ho said in one of his many fantastic speeches, it’s all one language at the end of the day:

“Once you overcome the one-inch tall barrier of subtitles, you will be introduced to so many more amazing films. Just being nominated along with fellow amazing international filmmakers was a huge honor. I think we use only one language: the cinema.”

The world is a better place with more Bong Joon-ho fans in it. He’s a true gift to cinema. Nobody can touch his imagination, which is so pure. Thank God the Academy Awards were smart enough to recognize Joon-ho’s work of staggering beauty this year.