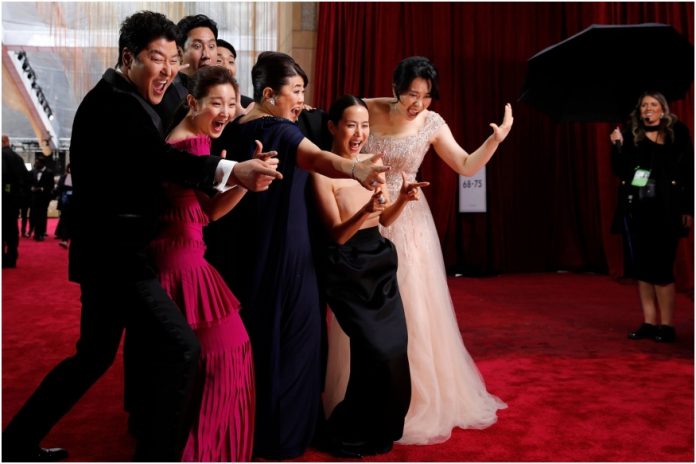 Los Angeles: Director Bong Joon Ho’s ‘Parasite’ scripted history at the Oscars by becoming the first South Korean film to be nominated and win in the international feature category at the 92nd Academy Awards.

It was the second Oscar win of the night for the film, a twisted class satire that defies genres in trademark Bong style. The director and his co-scribe Han Jin-won have already received the best original screenplay Oscar.

The director lauded the Academy of Motion Picture Arts and Sciences for renaming the category in an attempt to be more inclusive.

“The category has a new name now from best foreign language to best international feature film. I’m so happy to be its first recipient under the new name. I applaud and support the new direction that this change symbolises,” the director said.

“I’m bloody ready to drink tonight,” he added amid a round of applause and laughter from the audience.

It is yet to be seen whether the film, which entered the competition with six nominations, manages to win the top awards of the ceremony, the best picture and director but its win in the international category was a sure shot.

South Korea has been submitting its entries for the award, which was earlier called best foreign language film, since 1962.