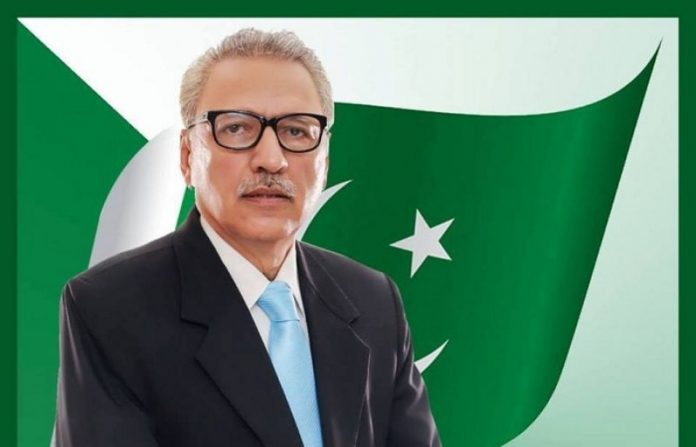 On Friday, Pakistan President Arif Alvi shocked the world when he resorted to preaching Islam to fellow Pakistanis stuck in China instead of advising the Pakistan government on the urgent need of evacuating their citizens who are begging for help amidst global health crisis of Coronavirus attack in China.

“Prophet’s directions regarding disease outbreaks are a good guide even 2day. ‘If you hear of an outbreak of plague in a land, do not enter it, but if the plague breaks out in a place while you are in it, do not leave that place’ (Bukhari & Muslim) Let us help those stuck there,” tweeted Pakistan President Arif Alvi.

Prophet’s ﷺ directions regarding disease outbreaks are a good guide even 2day “If you hear of an outbreak of plague in a land, do not enter it, but if the plague breaks out in a place while you are in it, do not leave that place” (Bukhari & Muslim) Let us help those stuck there.

Shockingly, the President of Pakistan informed his own citizens currently stuck in China that they are least bothered about their life condition despite the emergency crisis that has struck China. Rather than making preparations for their evacuation, Pakistan administration is advising people not only to stop entering China but also urging Pakistanis to not return to Pakistan fearing the spread of the virus.

After his insensitive tweet, Pakistan President Arif Alvi had to face severe embarrassment for failing to evacuate Pakistani citizens from China and rather to deciding to place his trust on the Prophet.

As outrage against Pakistan President began to increase, President Alvi backtracked his early ‘Prophet’ statements and stated that Pakistani students in China need to be helped in every possible way. He said the students should be brought back to Pakistan by fulfilling all international health requirements ensuring health and safety of the students.

The Pakistani students in China have to be helped in every way and brought back to Pakistan fulfilling all international health requirements ensuring their health and safety. https://t.co/bCfwYmKRZc

The parody nation of Pakistan, as an official policy, has decided to turn a blind eye to Pakistanis stuck at Coronavirus hit China as they have refused to evacuate their citizens stranded in Wuhan, as an “act of solidarity” towards their ally China.

Around 800 Pakistani nationals are stuck in Wuhan, China – the epicentre of the Coronavirus outbreak. Reportedly, the Pakistani government has snubbed its own citizens to show “solidarity” with China. The Pakistan Government is of the view that China is equipped with the requisite technology to contain the spread of coronavirus.

A heartbreakingly tragic video had emerged in which a Pakistani student shames Pakistani authorities for their apathy towards them as he watches Indian students boarding a bus sent by the Indian embassy.

Read- Coronavirus: Pakistan to not evacuate its citizens in China as an ‘act of solidarity’ towards its ally

India had evacuated over 300 citizens who were stranded in Wuhan after the virus outbreak. A special Air India flight was sent by the government and the Army was tasked with constructing an extensive and well-equipped quarantine facility in Manesar to house the people returning from Wuhan.

Though none of them who have returned back to the country are said to be infected, they will be kept under observation for 2 weeks at the centre. However, six Indians, who had symptoms of the outbreak, have been quarantined in China and were not allowed to board Air India flight that brought Indians back to the country.