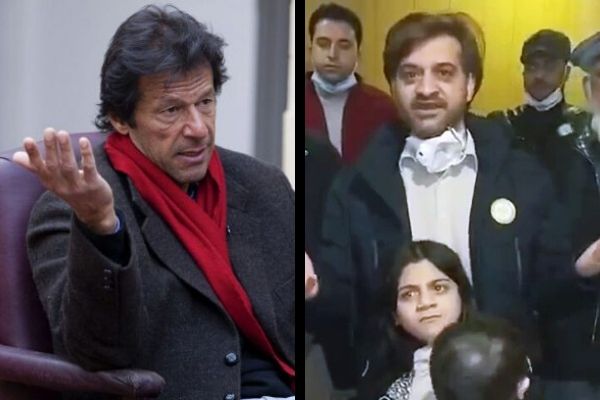 Even as India readies to send second aircraft to safely evacuate its citizens from Coronavirus hit China, roughly 150 Pakistanis are stuck at an airport since January 27 in Ürümqi, China’s Xinjiang Autonomous Region, reported Dawn. They include students and traders who are stuck at the airport either due to expiry of visas or due to the decision of Pakistan’s Civil Aviation Authority to suspend flight operations with China until 2nd February, owing to the Coronavirus outbreak.

A PhD scholar stuck in the airport, Tariq Rauf, said that the stranded Pakistani nationals were running short on money. They were forced to sleep on benches as they had handed over their hostel accommodation to the university administration. They were forced to buy food at their own expense. Several people, including children, have fallen ill due to the deplorable conditions.

After his plea went viral on social media, Rauf was reportedly contacted by the Pakistan Embassy which assured him of arranging hotel accommodation until the stranded citizens are evacuated. However, as per the report, no steps have been taken by the embassy after that.

Another 800 Pakistani nationals are stuck in Wuhan, China – the epicentre of the Coronavirus outbreak. Reportedly, the Pakistani government has snubbed its own citizens to show “solidarity” with China.

Just In | #Pakistan has decided not to evacuate its citizens from the #coronavirus-hit Wuhan to show “solidarity” with its all-weather ally, a senior official announced, though four Pakistani nationals have contracted the deadly disease in China.

Dr Zafar Mirza who is the special assistant to the PM on National Health Services said, “We believe it is in the interest of our loved ones in China to stay there. It’s in the larger interest of the region, the world, and the country that we don’t evacuate them now.”

He cautioned that the Imran Khan-led-government cannot act irresponsibly by evacuating Pakistani nationals as the Coronavirus epidemic may then spread like wildfire all over the world. Mirza added, “That is the reason China has not allowed any foreigner to travel out. Only US diplomats have been allowed to fly out of China under the Vienna Conventions”.

The Pakistan Government is of the view that China is equipped with the requisite technology to contain the spread of coronavirus.