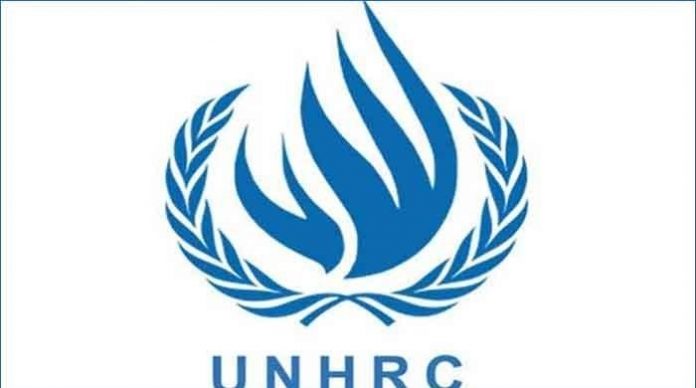 Geneva: Pakistan raked up Tuesday the Kashmir issue at the UNHRC here and demanded the immediate lifting of the communication restrictions and release of all the political leaders and activists in the Valley. It said any ‘inaction’ by the international community will only ‘embolden’ India.

Speaking at the 43rd session of the Human Rights Council which is being held here from February 24 to March 20, Pakistan’s Minister for Human Rights Shireen Mazari alleged that India continues to violate the human rights of the Kashmiri people and demanded the immediate repeal of all actions taken August 5 last year by India.

India abrogated August 5 the special status of Jammu and Kashmir under Article 370 5 and bifurcated it into two Union Territories.

Pakistan has been trying to internationalise the Kashmir issue but India has asserted that the abrogation of Article 370 is its ‘internal matter’. New Delhi has also asked Islamabad to accept the reality and stop its anti-India rhetoric.

Mazari alleged that ‘over six thousand Kashmiri people, activists… were arrested without the due process of law’ and demanded their immediate release.

Mazari urged the UNHRC and the rest of the international community to take action against the alleged human rights atrocities and violations in Jammu and Kashmir.

In her speech, she appealed the Council to constitute an independent Commission of Inquiry to investigate and report the alleged human rights violations in Kashmir as proposed in a UN report.

Mazari outlined eight actions that, she said, the Council and the international community should take with respect to Jammu and Kashmir to protect the human rights situation in the Valley.

Among them were India must withdraw all the ‘illegal actions’ of August 5, desist from changing demographics in Jammu and Kashmir and lift the lockdown and communications blackout there.

The minister said India must ‘allow’ the flow of medicines, food and other essential items to the Kashmiri people and release all ‘arbitrarily detained’ Kashmiri leaders, professionals and activists, including young boys.