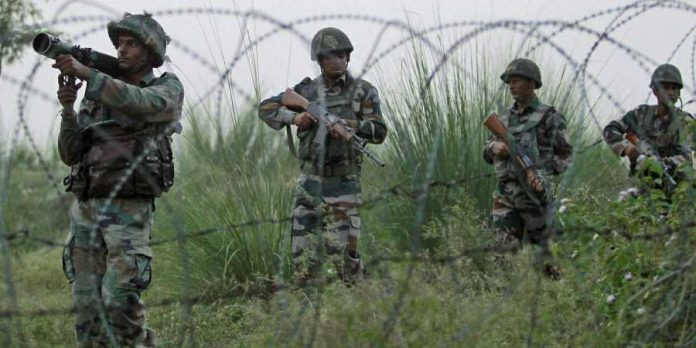 Jammu: A soldier was killed and three others were injured Saturday as the Pakistani army violated the ceasefire by resorting to unprovoked firing of small arms and mortar shelling along the Line of Control in Jammu and Kashmir’s Poonch district, officials said.

The soldier, manning a forward post, was killed and three others were injured in Degwar sector, they said.

Earlier, a defence spokesperson said Pakistan initiated the unprovoked ceasefire violation by firing with small arms and shelling with mortars in the sector around 3.45 pm.

The Indian Army mounted an effective retaliation, the spokesperson said.

The casualties suffered by the Pakistani troops in the retaliatory action was not known immediately, the officials said, adding that the cross-border firing between the two sides was underway when last reports were received.

A police official said the Pakistani troops targeted civilian areas, besides the forward posts, causing panic among the local residents.

However, there was no report of any civilian casualties, the official said.