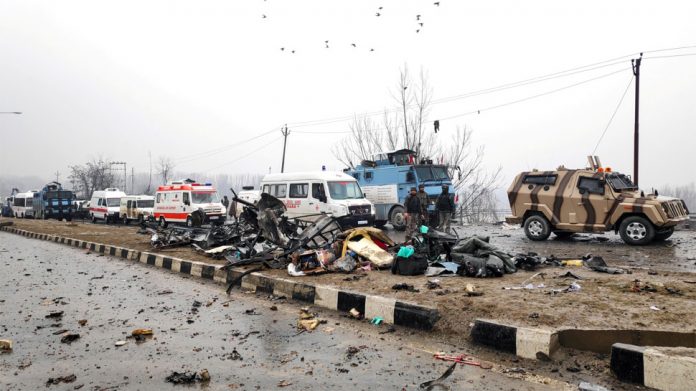 The latest intelligence reports have revealed that Pakistan-sponsored Islamic terror group Jaish-e-Mohammad (JeM) has created a new group of highly-trained terrorists called ‘Ghaznavi Force’ to carry out Pulwama-style terror attacks in India. These reports come a day ahead of first year anniversary of the ghastly Pulwama terror attacks which claimed lives of 40 CRPF jawans.

According to the inputs gathered by the Indian intelligence agencies, Pakistan’s notorious spy agency – the Inter-Services Intelligence (ISI) joining hands with terror group JeM has made an elaborate plan to carry out more deadly terror attacks in India.

Reportedly, the newly-created armed group, which is being called the “Ghaznavi Force” comprises fighters from other banned terror outfits like LeT, Hizbul Mujahideen, AuGH and Al Badr. The terrorists belonging to this group might attempt to target security forces, their convoys, vital installations and border outposts by planting IEDs, the agencies have warned.

The jihadis of the ‘Ghaznavi Force’ may also use explosives-laden trucks, vehicles to carry out attacks on the Indian security forces operating in Kashmir and border areas.

These warnings come in the wake of reports that 27 Jaish terrorists were being trained in the Pakistan-occupied-Kashmir region to launch terror attacks in India. The JeM is currently providing training 27 terrorists for launching attacks against India, the reports said.

Out of the 27, eight are from Pakistan-occupied Kashmir. They are being trained by two instructors from Punjab, Pakistan and three from Afghanistan.

In January this year, the Jammu and Kashmir Police busted a Jaish-e-Mohammad module in Srinagar and arrested five of its operatives, averting a major terror attack planned on January 26. A large cache of incriminating material and explosive substances, including gelatine sticks, explosives, detonators, arms, explosive body vests, batteries and nitric acid, were also recovered following searches based on their disclosures.