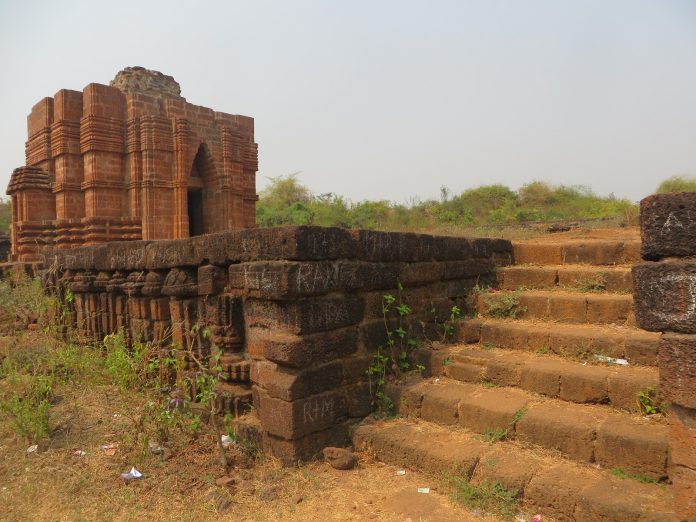 Jaleswar: The Raibania fort in Balasore district is said to be one of the largest and strongest forts in the state. Sadly, it has been wallowing in neglect while 85.5 acre of its land has been encroached by local people and the land mafia.

Locals and monument lovers alleged that protection of this ancient fort has been given short shrift.

A part of its boundary wall has been conserved with funds of MLA Aswini Patra and former MP Kharvel Swain.

Monument lovers lamented that while over 85 acre of land belong to the fort is under encroachment, the administration has claimed to have reclaimed only 19 acre. But the veracity of the official claim is under cloud.

In the current Assembly session, MLA Aswini Patra raised the protection and conservation of the Raibania fort through some starred questions February 20, 2020.

Replying to the questions, Tourism Minister Jyoti Prakash Panigrahi said a detailed project report (DPR) has been prepared for the main gate of the fort while Rs 25 lakh was sanctioned for the purpose in 2019-20.

Locals demanded that there is need for approach road to the area and electrification.

They also sought construction of a guesthouse and a museum.

On the other hand, a Jagannath temple whose construction started five years ago remains incomplete. In 2014, the state government provided Rs 50 lakh for construction of the temple.

Raibania fort used to be a bulwark against external aggression during the regime of Ganga and Gajapati dynasties.

It was said that during the rule of Mughal emperor Akbar, his counsellor Abul Fazal had visited Raibania.