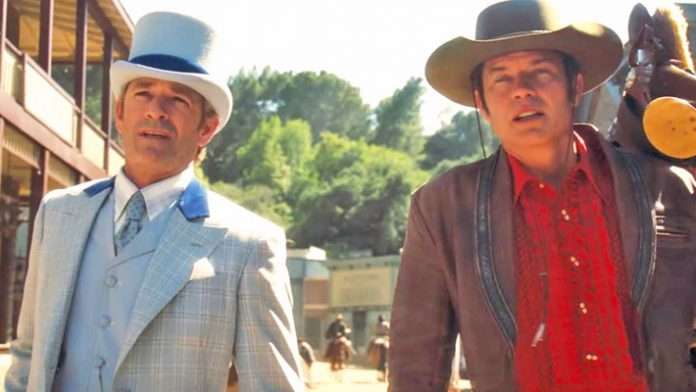 The stunning 2019 death of Luke Perry, the 90210 star who was so cool that he inspired a generation of young men to grow sideburns, reverberated for months. He was, of course, best known as Dylan McKay, reluctantly rebellious hearthtrob, from that long-running 1990s beachy teen soap opera. Yet Perry continued to act up until his death from a massive stroke. A new generation came to adore him as Archie’s dad on the CW’s Riverdale, and he appeared within the ensemble cast that lit up Once Upon A Time In Hollywood. Given that the Quentin Tarantino movie received several Oscar nominations, including Best Picture, it was particularly notable that the Oscars “In Memoriam” segment — set to a moving Billie Eilish performance and bookended by tributes to Kobe Bryant and Kirk Douglas — left Perry out of the mix.

Perry’s death at age 52 rattled people to such a great deal that SNL quickly reran his 1993 episode. His Once Upon A Time In Hollywood co-stars, including Timothy Olyphant and (the lovely) Julia Butters, paid tribute to his acts of kindness, which (according to Colin Hanks) spread far beyond Hollywood sets. After Perry’s omission became the focus of social media complaints, the Academy released a statement. Via Deadline:

“The Academy receives hundreds of requests to include loved ones and industry colleagues in the Oscars In Memoriam segment. An executive committee representing every branch considers the list and makes selections for the telecast based on limited available time. All the submissions are included on Oscar.com and will remain on the site throughout the year. Luke Perry and Cameron Boyce are remembered in the Oscar.com gallery.”

In Tarantino’s film, Perry portrayed real-life TV Western actor Wayne Maunder while appearing alongside Leonardo DiCaprio’s Rick Dalton character on the set of a Western production. Other Hollywood figures left on the sidelines by the Academy this year include character actor Sid Haig as well as Tim Conway, Jan-Michael Vincent, Michael J. Pollard, and others. As noted above, their names all appear on the Oscars website.