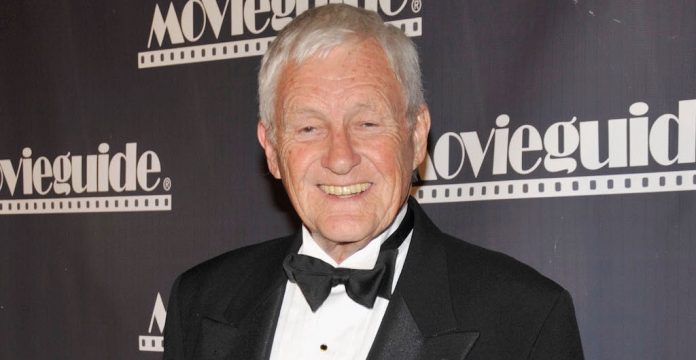 Orson Bean, a comic actor and performer known for, among many things, The Twilight Zone, Dr. Quinn, Medicine Woman and Being John Malkovich, was killed on Friday after an accident in which he was hit by two separate cars while walking in Los Angeles, reports Deadline. He was 91.

Bean was crossing busy Venice Boulevard in the Venice part of L.A. at around 7:35pm when a car, who driver reportedly did not see him, clipped him. He was then hit by a second car, which collision proved fatal. Both drivers remained on the scene and cooperated with police. The crash is believed to be an accident.

Bean first made his name as a TV staple, as a game show panelist and Tonight Show regular, in the ages of Jack Paar and later Johnny Carson. He played the title role in the classic Twilight Zone episode “Mr. Bevis,” about a luckless man with retro, antiquated tastes who resists a guardian angel’s attempts to make him more successful by becoming more conformist. You can also hear him voice Bilbo Baggins in the animated films of The Hobbit (1977) and The Return of the King (1979).

In the 1990s he played Loren Bray in 146 episodes of Dr. Quinn, Medicine Woman. At decade’s end he earned raves for Being John Malkovich, playing our anti-hero’s 105-year-old employer on the 7 ½ floor, who winds up having a connection to the mysterious portal into the titular actor’s brain.

There are scores of Bean clips, including plenty of talk show appearances, littered about YouTube. Let’s close out with him stealing a scene right from under star John Cusack in Being John Malkovich.