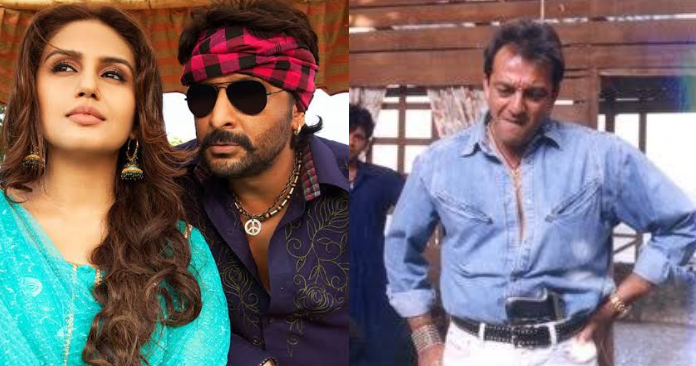 Bollywood has always been fond of making sequels. In the past few years, we have seen dozens of films whose sequel have been made and there’s no stopping. The makers are picking different films one after the other and trying to present it in unique ways before the viewers. However, unfortunately, sometimes the films don’t work and this has happened to a lot of films.

So, here’s a long list of films whose sequels failed to re-create the same magic just like its original versions.

1. Once Upon A Time In Mumbai Dobara

This was a sequel of Once upon a time in Mumbai which was a box-office success. The makers came up with the sequel and it was a huge disappointment. From the storyline to the star cast, everything proved to be extremely bad. The sequel was nowhere close to the first part.

The first part of Kya Kool Hai Hum managed to make the audiences laugh and was quite entertaining as well. The second part too did fair at the box-office. However, Kya Kool Hai Hum 3 failed to create the same charm and proved to be a major dud.

Raaz is one of the finest horror films of Bollywood. Bipasha Basu and Dino Morea starrer created wonders at the ticket window. Raaz 2 also weaved magic with its spine-chilling story and horror quotient. However, Raaz Reboot couldn’t impress the viewers and terribly failed.

Rock On is still considered as one of the most amazing musical movies Bollywood has ever had. While the buzz around Rock On 2 was quite high and it has raised lots of expectations, however, it did not do any justice and badly tanked at the box-office.

Emraan Hashmi, Udita Goswami and Dino Morea starrer Aksar was not only popular for its thrilling content but also for the blockbuster songs. We wonder what made the makers come up with its sequel which ruined the film’s original charm. Aksar 2 starred Gautam Rode, Zareen Khan and Mohit Madaan in the lead roles.

Dhamaal is still considered as one of the most amazing comedy films of Bollywood. It was a laughter riot which only made us go ROFL. However, the second part Double Dhmaal just doubled the viewers’ headache with forceful comedy and poor jokes which did not make anyone laugh. The film found no takers and was a box office flop.

Sanjay Dutt ruled several hearts as gangster Raghu bhai in Mahesh Manjrekar’s directorial Vaastav. While Vaastav: The Reality proved to be a big box-office success, the sequel of the film titled Hathyar was equally a big disappointment. Co-starring Sanjay Dutt and Shilpa Shetty, the film did no justice and received a very negative response from the audiences.

Abhishek Chaubey’s directorial Ishqiya was one of the classic black comedy films of Bollywood. After the massive success of Ishqiya, the makers came up with the sequel Dedh Ishqiya starring Madhuri Dixit, Naseeruddin Shah, Huma Qureshi and Arshad Warsi in the lead roles. The sequel failed to recreate the same magic yet again and flopped at the box office. Even with such a great star cast, plotline did not attract many.

So, just like these, there are many films whose sequel proved to be a great disappointment and we wish those films were never touched again.