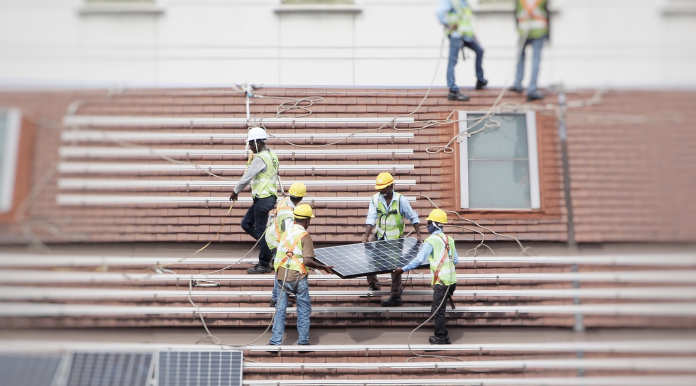 Again, let’s talk about blockchain-based African startups who deserve to talk about it. So today we are going to be interested in OneWattSolar, which I really appreciate. I think it can also inspire other African entrepreneurs who are interested in blockchain on the one hand and green energy on the other.

Firstly, OneWattSolar distributes solar panels that will therefore supply electricity at a lower cost, knowing that in Nigeria the sun … how to say … is very present. This is therefore the unique opportunity for Nigerians (and Africans) in general to dispose of at a lower cost and with less polluting energy sources.

“[La blockchain] offers transparency, you can see how the funds are used, how many systems we have purchased and how many are in use. In a traditional service that uses fossil fuels, energy consumption is around 70 Nigerian naira ($ 0.19) per kilowatt. But the blockchain system is 50% cheaper, “said a representative of the company.

Only this is not what makes OneWattSolar special, because there are in fact many companies that supply and distribute solar panels for private individuals.

What makes the difference with OneWattSolar is the payment that the company offers its customers. When using the clean energy solution from OneWattSolar, customers do not have to pay for the configuration of the solar panel system. Instead, it comes with an internet-capable router that collects energy consumption data to ensure that customers pay exactly what they use. Likewise, the solar panel will also warn the company of any problems.

The possibility to invest for extra income

The idea of ​​using blockchain for its solar solution is to enable transparency between all stakeholders and to reduce costs between all parties.

Not very clear yet?

You will better understand how it works with the following paragraph;)

Where is the blockchain in the process?

The company has certainly shown interest in blockchain because it will make the process easier. Smart contracts can of course formalize investments. That said, it is not yet clear how the blockchain will be used throughout the process.

The sustainable energy industry in Africa, a fast-growing sector

For decades, African countries – including Nigeria – lacked sufficient energy infrastructure. According to a 2016 report, only four in ten Africans have access to reliable power. In 2017, Nigeria was ranked as the worst electricity supplier, while research by the World Bank shows that 42% of Nigerians have no access to electricity.

So it really is a sector in which companies must be innovative. There is indeed a lot to do.

OneWattSolar launched its activities in January 2019. The company has only been on the territory for barely a year. Even if it is still in its infancy, we can still welcome the initiative.

The clean energy startup hopes to provide more than one million homes without electricity in sub-Saharan Africa by 2025 with solar energy via the blockchain.

OneWattSolar is part of GoSolar Africa, a renewable energy company that has been active for eight years.

To put it briefly, it is not only Nigeria that is trying to reverse the trend.

To tackle this problem, the sustainable energy industry in Africa has grown enormously. In addition, Morocco plans to provide more than one million homes with a new solar power plant that would be the largest in the world, while Ghana has announced its intention to increase renewable energy consumption here. 2030.

So that’s it for this short article in which I just wanted to show you that many entrepreneurs are getting started with blockchain, and that’s a good thing. A good thing for Africa and for the world as a whole.

No? What do you think