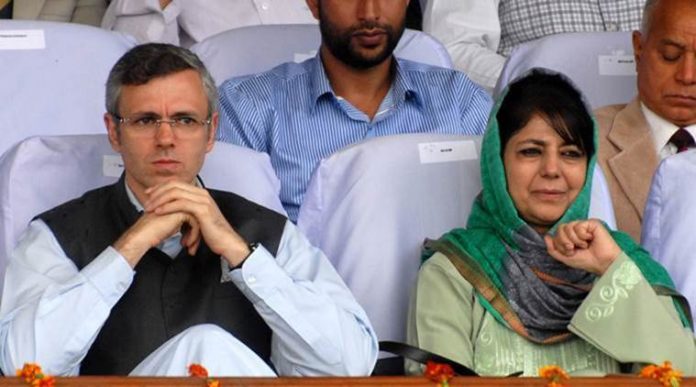 Reportedly, a magistrate accompanied by police served the order to Mehbooba Mufti at the bungalow where she has been detained, officials said.

Along with PSA, Omar Abdullah and Mehbooba Mufti have also been booked under Section 107 along with Section 151 (for the apprehension of breaching peace).

The PSA is a Jammu and Kashmir law which came into force in 1978, allows authorities to detain a person for up to two years without a trial. National Conference leader Farooq Abdullah was detained by J&K administration under the provisions of this law. Farooq Abdullah’s detention was extended for three more months, in December last year.

Earlier on Thursday, National Conference General Secretary Ali Muhammad Sagar and senior Peoples Democratic Party leader Sartaj Madani, an uncle of Mehbooba Mufti, were booked under the PSA, under which a person can be detained for up to two years without trial.

Reportedly, most of the political leaders have been released after they signed a bond not to indulge in political activity. Currently, there are only about 10 leaders in detention.