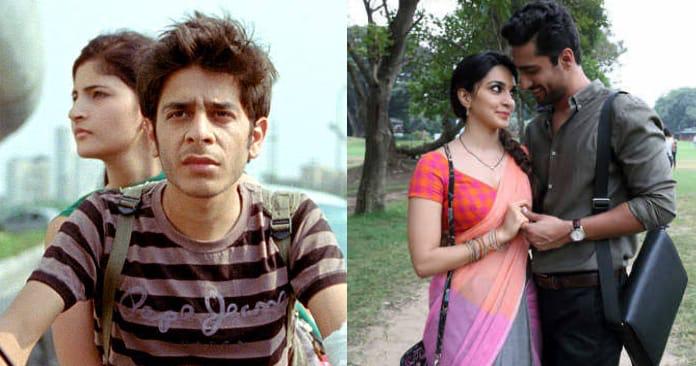 If you are a movie fan, then you have heard about Dibakar Banarjee. Dibakar Banerjee is an Indian movie director, producer, screenplay writer, and advertisement filmmaker. He is very popular in his direction style and narrating dark humor in his films.

Dibakar Banerjee started his career in the entertainment industry as an advertisement filmmaker. Later, he got opportunities to make feature Bollywood films. He continues to be an ad-filmmaker.

Dibakar also runs his film production company that is named on his name. We have created a list of his successful feature films in Bollywood.

Check out the list to know his direction style.

Love Sex Aur Dhokha released in 2010, and considered as one of the best works of Dibakar Banarjee in Bollywood. It is an anthology series where 3 stories collide with each other. In the first story, a hidden camera captures the honor killing of a couple in love.

An MMS scandal ruins a woman’s life and a shocking incident
where a woman becomes a victim of the casting couch. The film received a lot of
appreciation from critics because of impactful camera work and tight narration.

Khosla Ka Ghosla released in 2006, it is the directorial debut for Dibakar Banarjee. The movie is a comedy-drama where family faces a problem of the land dispute.

A thug named Khurana squatting over Khosla’s land, and to retrieve their land, Khosla’s family tried to fool the crook.

It is a Hindi Language anthology horror film. The film is directed by 4 famous Indian filmmakers, and a story in these 4 stories is directed by Dibakar Banarjee.

It is a short film by Dibakar Banarjee. The film is available on the OTT platform Netflix.

‘Oye Lucky! Lucky Oye!’ is a comedy-drama film, but more like a dark comedy with a satirical tone. The story revolves around conman Lucky who is a charismatic, fearless thief.

He robs the rich until he gets caught and then introspects his life as a criminal in front of the media and police.

The film got good reviews from film critics as well as fans.
This is the movie after which people start knowing Dibakar Banarjee as a good
Bollywood director.

Bombay Talkies is also an Indian language anthology movie that shows four different stories. The film was made to celebrate 100 years of Bollywood.

The main aim of these stories is to depict how Bollywood movies influence the lives of people from various levels of society.

Lust Stories is also an anthology movie created for the OTT platform Netflix. It consists of 4 short stories that are directed by Anurag Kashyap, Dibakar Banerjee, Zoya Akhtar, and Karan Johar respectively.

All these stories shed light on modern relationships from the viewpoint of Indian women.

Shanghai is a political thriller that features actors in their never seen before avatar. Kalki Koechlin and Emraan Hashmi are the highlights of the movie.

The story revolves around a group of people who embark on a journey to unravel the mystery behind the death of a social activist.

Titli released in 2014 which is a Bollywood neo-noir drama that was written and directed by Kanu Behl. The movie was co-produced by Dibakar Banarjee Production and Yash Raj Films.

The story revolves around a boy named Titli who wants to break from his family.

His family operates in bad business, while Titli wants a
fresh start in his life as a law-abiding citizen. When his family gets him
married forcefully to Neelu, he gets an unexpected confidant in his wife.

Detective Byomkesh Bakshi is a mystery action thriller directed by Dibakar Banarjee. The movie is based on the works of Sharadindu Bandyopadhyay.

It is a detective fiction where Shushant Singh Rajput plays the title character of Byomkesh Bakshy.

The story revolves around Byomkesh who agrees to investigate the disappearance of a chemist name Bhuvan. Byomkesh is assisted by Bhuvan’s son Ajit.

The case links to a larger conspiracy that will unsettle the whole Culcutta.

Arjun Kapoor and Parineeti Chopra starter Sandeep Aur Pinky Faraar is an upcoming movie by Dibakar Banarjee. The movie is a black comedy and the trailer looks very promising.

The trailer of the movie is very cryptic and both the lead actors look completely different in this movie.