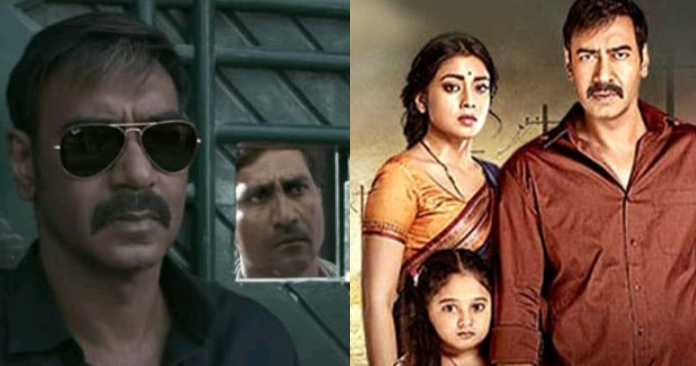 Ajay Devgn has emerged as a phenomenal actor in the Bollywood industry. In recent years he is very popular with the type of movies he is appearing. These movies are special for any actor as they get the chance to play character-driven roles on the screen instead of dancing and flying bullets on each other.

Ajay Devgn filmography has been improved in recent years.
While he continues to be the biggest star of the masses with movies like
Singham and Golmaal franchises. He has also shown his great and intense acting
skills in various off-beat movies.

1. Raid – Raid is a suspense movie based on true events. Ajay Devgn plays a simple honest government officer and the movie is a big hit on the box-office. Of course, the script of the movie was fabulous. However, Ajay Devgn’s performance as a government office is long-lasting in the audience’s mind.

There are only a few actors who are willing to do all kinds
of cinema and with his performance in the movie Raid, Ajay Devgn had shown that
he is capable of all types of acting. He can be super funny in Golmaal and
Dhamaal type movies, Action star in Singham and Taanhaji, and intense in Raid
and Drishyam.

2. Drishyam – Drishyam is a remake of a Tamil Movie. It is a huge hit because of its gripping storyline that keeps you on edge all the time biting your nails. Ajay Devgn plays the role of a mysterious father who is saving his family from police by proper planning.

His looks and appearance as the middle-class family man
steal the show. In the movie, it was shown that Ajay Devgn’s character is fouth
fail illiterate who develops his skills and mind from watching movies.

3. Apharan – Apharan is one of the most underrated Ajay Devgn’s movies. The story revolves around an aspiring cop who lends money to pursue his dreams and later engage in the kidnapping schemes. This is the movie that probably had shaken Ajay Devgn to reach his other type of audience.

It was the time when actors were actually cracking their
soft one-dimensional image as an actor and took up such roles. For instance,
Saif picks Omkara, Akshay was redefining comedy genre and many more.

4. Rajneeti – Here comes a multi-starrer political drama of Prakash Raj named Rajneeti. The story is loosely based on the backdrop of Mahabharat and Ajay Devgn is playing the modern version of Karna in the movie. A Dalit leader who enters into Rajneeti.

There’s nothing much to do for Ajay Devgn in the movie as it
was a multi starrer movie starring Ranbir Kapoor, Katrina Kaif, Arjun Rampal,
Manoj Bajpayee, Naseeruddin Shah and many more. However, he has made a long-lasting
impact on the viewer’s mind with his flawless portrayal.

5. Gangajal – Another Prakash Raj genre film that shows the corruption and police system of Bihar. Gangajal is a huge hit because of its realistic dialogues and amazing performance delivered by Ajay Devgn as a Daroga Sahab.

The upcoming movie Maidaan is a sports drama movie where Ajay Devgn will be seen playing the role of the Indian football team’s coach. This period drama movie is inspired by true events. Fans and movie critics are appreciating the look of Ajay Devgn in the movie.

Ajay Devgn took the role of a father who died in the car and later his ghost took revenge from his murderers. This movie is very popular among kids and this way Ajay Devgn has a separate fan base for his movies. He further made Toonpoor ka Superhero for his kid fans.

Satyagrah is another Prakash Raj movie on the backdrop of political issues. His choice is again the intense-looking Ajay Devgn for the lead character. The film Satyagrah was well-praised by fans and critics as they shower the love for this actor-director duo before.