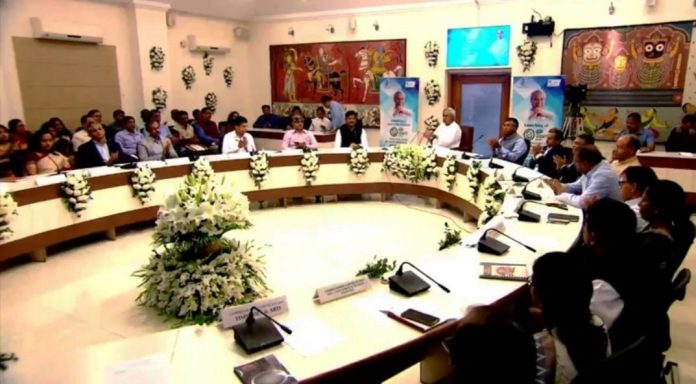 Bhubaneswar: With a view to bringing transformational changes in block offices, Panchayati Raj & Drinking Water department has been brought under Mo Sarkar. Chief Minister Naveen Patnaik has announced this at a meeting held at Loka Seva Bhavan here, Wednesday.

Speaking on the occasion, Patnaik said, “The Panchayati Raj department is running some of the most important flagship programmes of the state government. I am glad that since 2014, the department has successfully completed nearly 25 lakh houses and has taken great strides in fulfilling the dream of providing pucca houses to all eligible families.”

It has also taken up piped water supply projects covering 65 per cent of population, and aims to saturate all habitations by 2024, he said.

Stating the block office is the pivot of administration in rural areas, the Chief Minister said, “It is the most important link between the government and rural people as most of the government programmes, especially benefits, pass through this office. I believe Mo Sarkar will bring about real transformation with a positive behavioural change and professional approach. It will be a game changer for 83 per cent of state’s population who are staying in rural areas.”

Panchayati Raj Minister Pratap Jena said the department is committed to fulfil all the promises made to people in rural areas. Housing, drinking water, MGNREGS and other flagship programmes will be effectively implemented for the benefit of the people. The dream of Biju Babu for pucca house for every family will be ensured, Jena said.

Chief Secretary Asit Tripathy said this is a very important department that can change the face of rural life and Mo Sarkar will be a transformative mechanism in this direction.

5T Secretary VK Pandian interacted with BDOs of some blocks and said all the entitlement certificates will be given to rural people on a camp mode.