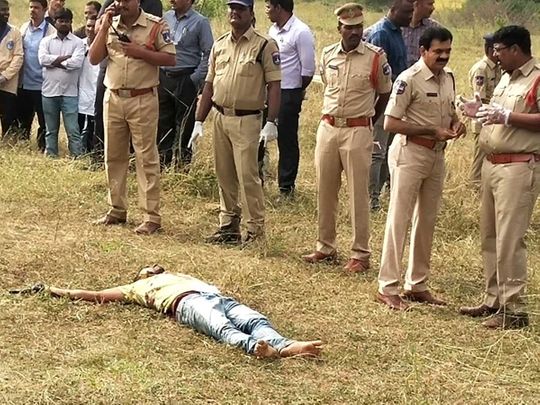 Varanasi (UP): The special task force of Uttar Pradesh Police have gunned down a wanted criminal carrying a reward of Rs 1 lakh on his head, officials said Tuesday.

Varanasi unit of the UP STF killed the criminal, identified as Rajesh Dubey alias Tunna, at Akhta-Pahadiya crossing in a police encounter, they said. During the shootout, a police constable, Vinod Yadav, also sustained bullet injuries and was rushed to a hospital.

Dubey, a native of Ghazipur district, had escaped while he was being brought to court for hearing in a case in 2017. He was wanted in several cases of loot and murder registered in nearly 11 districts of Uttar Pradesh.