Home Internet Not shocking at all: Kunal Kamra breaks silence on air ban 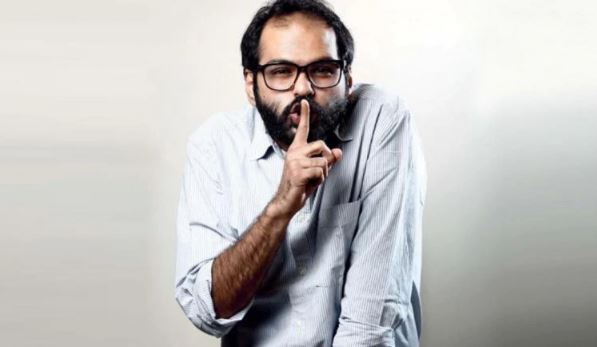 He also said the flying suspension was not ‘shocking’ for him.

“The comedian was suspended from flying by IndiGo and Air India on Tuesday after he allegedly heckled Goswami aboard a Mumbai-Lucknow plane and posted a video clip on his Twitter handle.

Tuesday, IndiGo had suspended Kamra from flying for a period of six months and Air India until further notice.

Shortly after SpiceJet suspended him from flying with the airline, the comedian posted a sarcastic tweet: “Modiji can I walk yaan uspe bhi baan hai (Modi ji can I walk or is there a ban even on that)” and added crying emojis after his tweet.

In a statement issued on Twitter, Kamra said at no point did he not follow the orders of the cabin crew in the (Mumbai-Lucknow) flight.

“It’s not shocking at all to me that for exercising my right to speech, which falls under Article 19 of our constitution, 3 airlines have given me a temporary ban from flying. Fact of the matter is that at no point was I disruptive and at no point did I not follow the orders of the cabin crew or the captain,” he tweeted.

*My statement on my flight bans* pic.twitter.com/qWT2OawSmx

“At no point did I endanger the safety of any passenger on board, the only damage I caused was to the inflated ego to the ‘journalist’ Arnab Goswami,” he stated.

Kamra said he had not travelled with SpiceJet or Air India in this event and there is no ‘pattern of him being unruly’.

“This was the first time something like this has happened, so why have they jumped the gun and banned me? I’ve travelled SpiceJet and Air India in the past. There have been no complaints against me ever, only selfies and love has been shared by the crew,” he tweeted.

The comedian further said that as per his ‘limited knowledge’ no formal complaint was made by the crew, Goswami or anyone else on board the (Mumbai-Lucknow) flight.

“Whenever there was an intervention by any member of the crew I complied. If expressing myself to an important public figure, who himself points a camera day in and day out, catching people off guard is a crime, then Both of us are criminals,” he wrote.