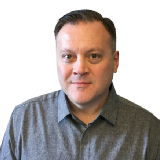 Imagine a universe in which baseball has an ironclad, two-way reserve clause. A reserve claws, as it were. We’re not talking about the version that bound players to teams for decades before Marvin Miller and Curt Flood came along, when teams had all the power in deciding when or if a player ever had a chance to change teams. This version works both ways. Once you sign or are drafted by an organization, you are married. Forever.

In that universe, scouting and development become everything. They are essential areas now, but teams can overcome deficiencies there by opening up the vault during free agency or swinging a deft trade. But if teams aren’t allowed to make transactions, the only chance they would have to differentiate their baseball operations efforts would be in the work they put in before amateur players entered the professional ranks.

We all do this kind of fantasizing at one time or another, imagining what it would be like if your team hadn’t let a certain player go. If he finds stardom elsewhere, it stings. Legions of Red Sox fans probably scratched out prospective lineups for years that had Jeff Bagwell inserted into the No. 4 spot.

The fact is, relatively few players of distinction stay with only one organization for their entire career. But if they all did — if they were all subject to that unbreakable two-way reserve clause — we wouldn’t have as much to write about, for one thing. However, we’d also have a slam-bang way to know which teams are the best at scouting and development.

With that in mind, I’ve taken all active players in my database and moved them (virtually) back to the organization with which they originally entered professional baseball. That trade you rue (or relish)? Never happened. That heartbreaking free-agent departure? Never happened.

I chiseled projected 2020 rosters out of these organizational resets. The result is this accounting of the No-Moves Power Rankings. Using my 2020 projections, how would teams be expected to perform if they had to rely strictly on those whom they scouted, signed and drafted? In which areas would they be strong, and where would they have fallen short?

Teams are ranked by a power rating, which is simply a win projection based on the runs scored and allowed profiles of each reconstituted roster. Those profiles were generated by my projection system. Other rankings are based on each roster’s forecasted performance in the following areas: hitting — park-neutral runs scored; fielding — a team rating based on its players’ combined results in defensive runs saved, defensive win shares, UZR and Statcast’s outs above average; rotation — combined starting pitcher ERA; bullpen — combined leverage-adjusted relief pitcher ERA.

The player pool is made up of anyone active as 2020 spring training dawns, even if said player hasn’t hooked on with a team yet. Keep in mind that past value and future value don’t really come into play. Big-time prospects aren’t included unless they seem likely to play major roles in the big leagues this season. Rosters were constructed based on likely 2020 production and playing time. In several instances, I had to get a little creative with positioning in order to put together an actual lineup.

I included designated hitters for National League teams in the lineups, though that is really just a labeling choice to get another name out there. Speaking of names: There are a lot of them associated with organizations with which I had mostly or completely forgotten they were ever associated. You will probably encounter a few of those too. Hopefully, that’s the fun part. Let’s get to it.