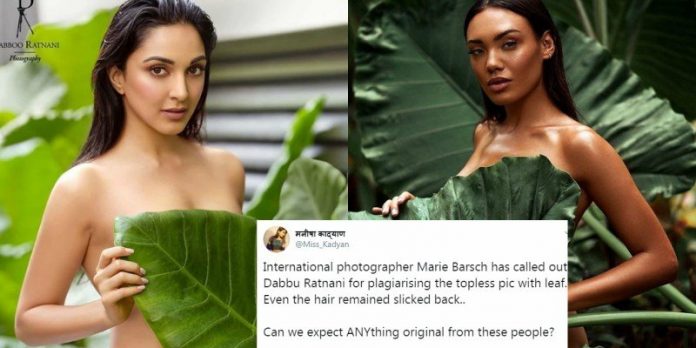 Recently, Kiara Advani shot for Dabboo Ratnani’s calendar and her photograph went viral on the internet. Dabboo Ratnani is, arguably, the most famous celebrity photographer in India and he has good connections with almost every big star of the Hindi Film Industry.

Every year, he releases a calendar and all the big names of Bollywood–young and old–shoot for his calendar. This year, many stars shot with him but Kiara Advani grabbed the most number of eyeballs for his bold and beautiful shoot.

Kiara Advani decided to go topless for the shoot and the end result was smoking hot, to say the least. Kiara’s picture went viral on the internet, especially social media. In the picture, Kiara can be seen topless as she holds a huge leaf in her hands.

Marie also shared this post on her Instagram account. Sharing a snapshot of the post on her Instagram story, she expressed her disappointment. She also wrote a caption that read ‘I just leave that here’. Later, Marie shared a few snaps of DMs in which people had accused Dabboo Ratnani and Kiara Advani of copying their original idea. 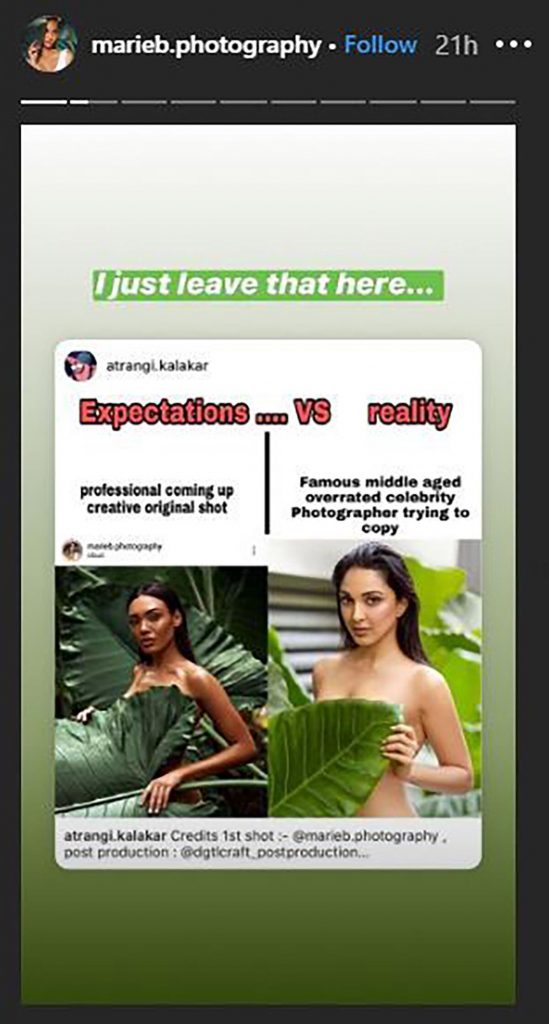 This news has also reached Twitter and people are now questioning Dabboo Ratnani for copying the idea and presenting it as his own.

International photographer Marie Barsch has called out Dabbu Ratnani for plagiarising the topless pic with leaf. Even the hair remained slicked back..

Can we expect ANYthing original from these people? pic.twitter.com/4aQWw6ZBcZ

Besides the fact that there is not much genius required for taking a semi nude photo ,I wonder what do these people get by making a thief out of themselves!

We would also like to add that no official statement about the same has been made by actor Kiara Advani or photographer Dabboo Ratnani. We are waiting for his side of the story and it will be updated as and when he speaks.

Keep following this space for more…