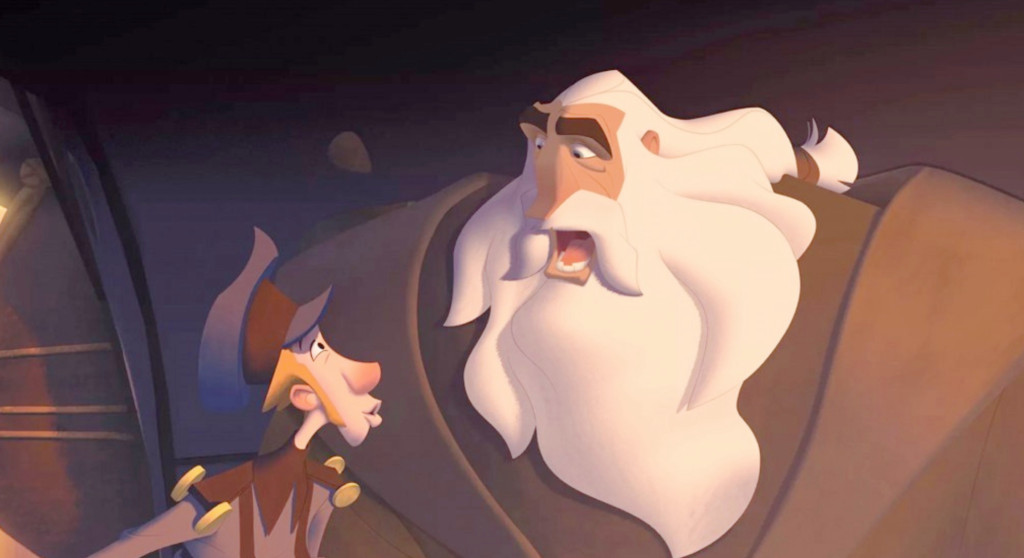 Hallmark is still the leader when it comes to Christmas content (to call them “movies” is an insult to movies), but Netflix is close behind. Since the inexplicably popular (especially to the 53 people who watched it every day for 18 straight days) A Christmas Prince came out in 2017, the streaming service has bombarded subscribers with titles like The Christmas Chronicles, A Christmas Prince: The Royal Wedding, The Knight Before Christmas, Holiday Rush, Let It Snow, and, of course, A Christmas Prince: The Royal Baby, all of which are formulaic and none of which are destined to become the next Elf or A Christmas Story. In fact, of Netflix’s many (original) Christmas movies, only one might someday be considered a classic, possibly as soon as it wins an Oscar.

Directed by Sergio Pablos (the guy who created the Despicable Me franchise), Klaus is half uplifting tale about a spoiled brat who learns the value of a hard’s day work, and half Santa Claus origin story. If the premise sounds corny, well, It’s a Wonderful Life sounds corny, too, when you describe it. But what makes Klaus stand out is its talented voice cast, led by Jason Schwartzman, J.K. Simmons, Rashida Jones, Will Sasso, and Norm Macdonald; weird details (like how most of the movie takes place on an island called Smeerensburg); and visually dynamic two-dimensional animation. The Grinch, it ain’t.

Or as awards forecaster Gold Derby summed it up, “2020 Annie Awards shocker: Klaus sweeps with 7 wins while Oscar favorite Toy Story 4 is shut out.” Toy Story 4 was very good, more than anyone expected (97 percent “Fresh” rating on Rotten Tomatoes), and it introduced us to Forky and Keanu Reeves as a Canadian daredevil toy named Duke Caboom, for which I’m forever grateful. But following Klaus‘ big win at the Annies, the only question Forky might be asking the night of February 9 is: how come we didn’t win?