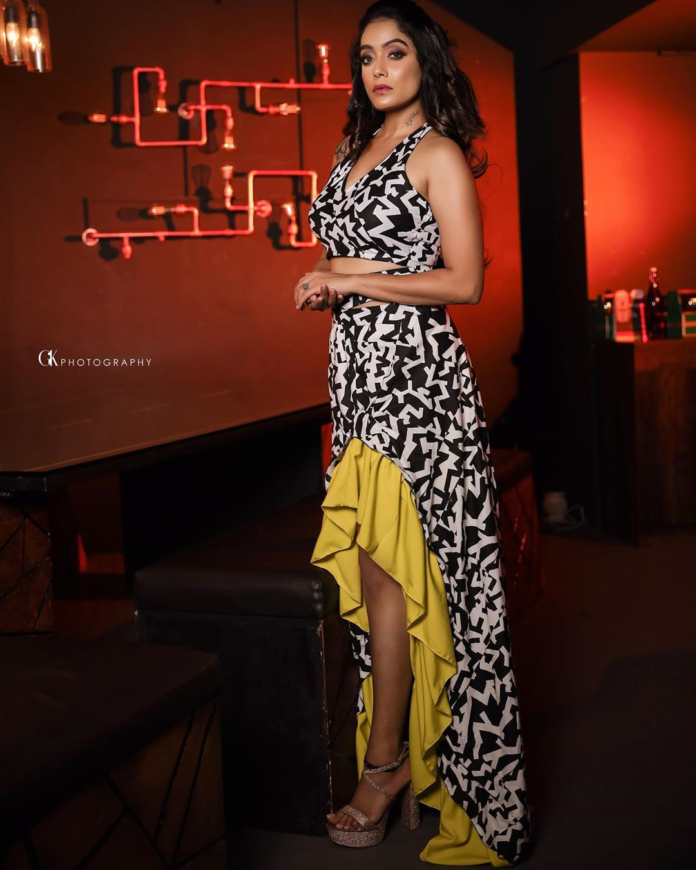 Actress Abhirami got her breakthrough through Thala Ajith starrer Nerkonda Paarvai where she played one of the three victims who got abused by group of men and how Thala Ajith helps them to fight back was the crux of the story. It was a remake of Bollywood film Pink and the movie received a huge reception among audience. Many appreciated her role and acting in this movie and she went on to bag few more films.

Actress Abhirami was part of Bigg Boss 3 Tamil where she was recognised even further and she expressed her crush for title winner Mugen Rao but that slowly faded after the show ended. Abhirami has a huge fan following on social and whenever she posts some pictures they go viral and usually it will be her in a traditional outfit. Today Abhirami Venkatachalam posted a photo of her in a hot zebra print outfit and fans are going gaga over the photos. The photos are trending on social media and fans are encouraging her with their comments. Check out the photos below.
Image Courtesy – GK Photography

Do not pray for an easy life?✨ pic.twitter.com/DLSCKGpM9b