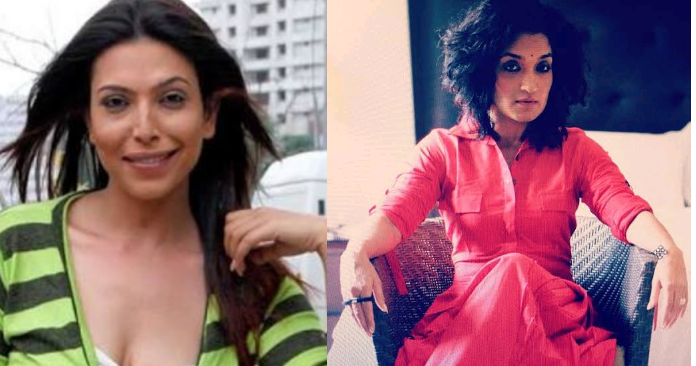 Hey Readers, welcome back to Desi Humor. There was a time when actresses in a movie were considered a showpiece. But now, times have changed. Actresses stand equally and walk shoulder to shoulder with their male co-stars. When some of them are really talented some are just blessed, star kids.

Nepotism has been a hot topic in the industry. Though, there are actresses who came from non-film backgrounds, like Deepika Padukone, Anushka Sharma, Kriti Sanon, Tapsee Pannu, Kangana Ranaut and many more who collected enough fame and did achieve success. There are still some talented actresses who are infamous among the crowds.

We have listed a few such actresses who deserve more attention than they got in the industry.

Konkana was often approached for supporting roles and she did perform quite well. Showing all your talents in such roles when you’re competing with the lead is tough. Yet, Konkona managed to connect to the audience. But, she couldn’t even make it into the lead. She did receive awards for her skills but we wish to see more of her and she surely deserves it.

Divya did a noteworthy performance when she showed up in Bhaag Milkha Bhaag and Veer Zaara. Divya is an undoubtedly talented actress. She definitely deserves more chances. We wish she gets into limelight soon.

Radhika is a beautiful actor. She has got the skill set required in the industry. Fans did spot her in popular movies like Shor in the city, Badlapur, and Hunter. She managed to make fame through her Netflix web series, but we want to see her in movies. Her skills would probably do justice in various roles.

Swara did take many challenging roles in her career. She is extremely talented and is a sweetheart. The actress never fails to live the character allotted to her. Though we spotted her in various good grossing movies, we still expect to see more of her onscreen.

Supriya Pathak managed to take all the attention through her supporting role in Sanjay Leela Bhansali’s war and romance movie Ramleela. That wasn’t as easy as it seems to be. When everyone is already more fond of Deepika and Ranveer, Supriya surely achieved a milestone. She also gave us an immortal character ‘Hansa’ from her popular sitcom khichdi. We hope this talent isn’t unrecognized.

Mahie took up really bold characters. Her role in dev d and saheb biwi aur gangster returns touched perfection. Yet she is left unnoticed by the popular directors in the industry.

The very hardworking Nandita did try a lot to get her space in the industry. Her skills were worthy and her efforts were amazing too. Later, she decided to change her career path and walked out of the industry. This is certainly our loss as we couldn’t see the best of her skills that she could have portrayed onscreen.

You might remember this face from Chak de India. She also appeared in ‘B. A. PASS’ and received the best actor critics’ choice (female). Don’t know why such talent is being wasted in the industry.

Lilliete surely entered some really good grossing projects on her experience wall. She showed up in movies like Baghbann, Chalte Chalte and Kal Ho Na Ho. She could have delivered better characters too if given a chance.

Sandhya made her debut in the industry with popular movies like ‘Sathiya’ and ‘page 3’.The movies did well and sandhya too. But, she didn’t receive any better projects. No sooner she disappeared from the industry and we missed another remarkable talent.