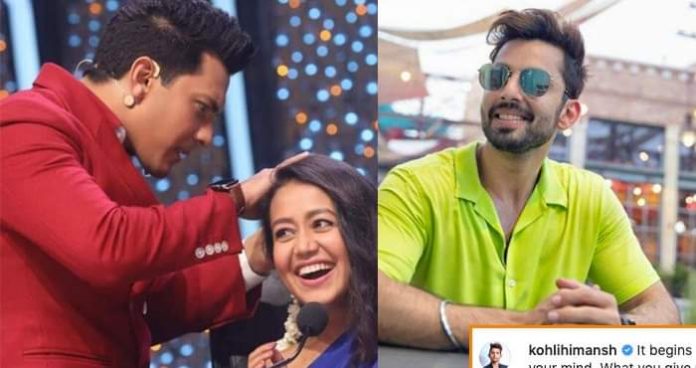 Singer Neha Kakkar And Host Aditya Narayan are over the moon with the joy of their new relationship and what is even more joyful is the permission from their parents to get married! Right Now, Neha and Aditya become one of the sweet couples as we all see in the singing reality show of India Idol season 11. Aditya’s seems very fascinated by the sensational singer Neha Kakkar. This chemistry triggered more when Both of their parents appeared on the reality show’s sets and announce the Neha-Adity ‘s wedding from there.

Both of the celebrity parents gave their blessings and announced the marriage of Aditya and Neha on 14th Feb of 2020 which is on Valentines Day. Though fans of these popular faces started to speculate that will this couple will marry on coming to Valentine’s Day or not? But if you are on social media you must know that Aditya and Neha’s chemistry raise the bar of a couple of goals! In a recent social media handle post by Tony Kakkar, Neha’s brother seemed to tease the couple while they were chilling on Goa beach on a trip. Followers can’t stop praising this cute couple on that video as well.

In the middle of Neha-Aditya marriage date announcement, Neha’s Ex admirer Himansh Kohli posted an image of him and captioned it,

“It begins and ends in your mind. What you give power to, has power over you, if you allow it.

Neha Kakkar and Himansh Kohli breakup in December 2018 and she seemed really broken emotionally at that time. Her emotional outbreak witnessed by the viewers of Indian Idol 11 viewers several times.

If things go really great for her, we would like to wish the very best for Neha-Adity’s marriage.