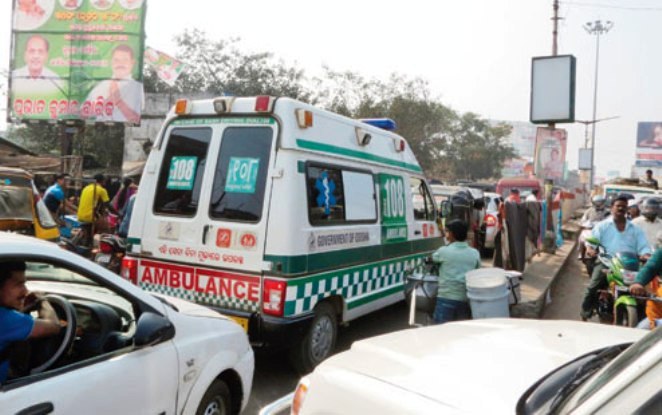 Bhubaneswar: The Commissionerate Police, which has been in the line of fire after the tragic death of a five-year-old boy due to alleged traffic snarl, Friday came up with the actual time that the ambulance took to reach the private healthcare facility from Capital Hospital, February 11.

The family alleged that the deceased, Neel Nithesh Nayak’s life could have been saved had he reached the private medical few minutes earlier. But, the ambulance took around one hour to travel 12 kilometre stretch from Capital Hospital to the private hospital at Patia.

The big question now is whether the family members have been lying or the police are misleading. Transport Minister Padmanabha Behera told the media that the ambulance carrying Nayak could be delayed only for five to 10 minutes due to the traffic congestion, but the one-hour delay is unbelievable.

Meanwhile, twin city police commissioner Sudhanshu Sarangi and DCP (Traffic) Sagarika Nath, Friday, started an awareness campaign, ‘Make Way for Ambulance’ at the Esplanade One Mall urging people to give way to ambulances on the road.