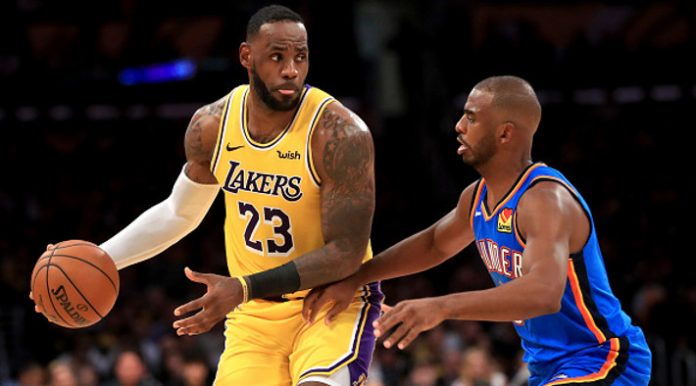 When commissioner Adam Silver shut down the NBA last week amid the coronavirus pandemic that was quickly spreading across the globe, we knew the fallout would be wide-ranging, but even then it was difficult to anticipate the many implications it would have on the players, the organizations, and the people they employ.

Players and owners have banded together in recent days to make sure workers will be taken care of financially through this crisis, but with their major revenue streams cut off, it bears reminding that everyone will be affected economically. In fact, a report emerged last week that indicated the players’ paychecks could be in jeopardy, given a so-called “doomsday clause” in the current CBA that would allow the owners to freeze players’ salaries in the event of an unforeseen work stoppage.

Last week, the two sides agreed to put a moratorium on all transactions, effective until April 10, when they could reassess the situation. The original agreement was that they would be paid as normal on March 15. According to the latest report from Adrian Wojnarowski of ESPN, the players will also receive their April 1 payments, but the owners haven’t committed to anything beyond that at this point.

The NBA plans to pay players their next checks on April 1, but haven’t committed yet to next payments due on April 15, league sources tell ESPN.

The NBA informed teams that league will provide “additional guidance” on the April 15 payment date, per memo today. Force Majeure language in CBA allows for a percentage of contracts to be withheld in extreme circumstances. It isn’t a surprise NBA would wait on April 15 date. https://t.co/eTmCNL0UH5

The league will revisit the situation again by the previously-agreed-upon April 10 date, and the with CDC recommending social distancing for at least eight weeks and many cities across the country considering “shelter-in-place” mandates, it’s all but assured the NBA shutdown will last well beyond that. The current measure gives them time to evaluate all of their options as uncertainty remains around these and many other of the league operations.