Napoli will host Barcelona in the first leg of their Champions League last-16 tie, with both teams heading into the game off the back of a good run of form.

Gennaro Gattuso’s side have won six of their last seven games as they look to bounce back from a poor first half of the season, but will face a big test for the visit of the Spanish champions and current LaLiga leaders.

Lionel Messi will be keen to shine on his first visit to the San Paolo Stadium where his childhood inspiration Diego Maradona starred as a player at the pinnacle of his career.

Follow all the build up with Sportsmail’s DANIEL DAVIS, as well as the team news as it is dropped and the 8pm action.

This evening’s clash marks the first time that Lionel Messi will play at Diego Maradona’s former home, and the Barcelona star has made his excitement very clear!

Read AMITAI WINEHOUSE’s feature on the connection between the two greats below.

Napoli have made two changes from Friday’s victory at Brescia, with Piotr Zielinski and Jose Callejon replacing Elif Elmas and Matteo Politano.

Clement Lenglet and Arthur have dropped out for Barcelona – Samuel Umtiti and Frenkie de Jong have been handed recalls by Quique Setien. 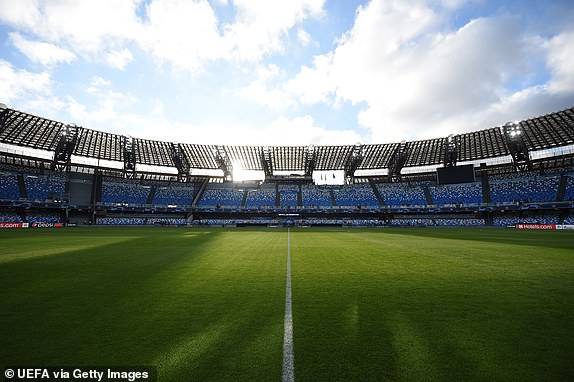 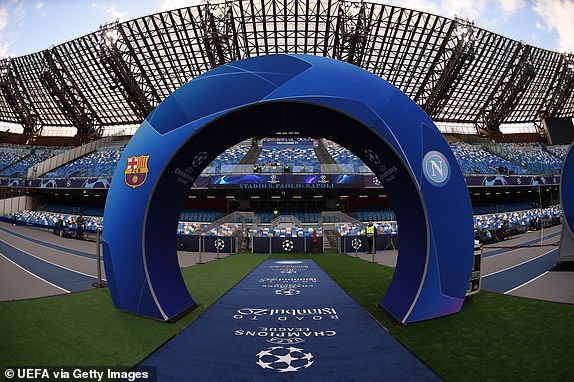