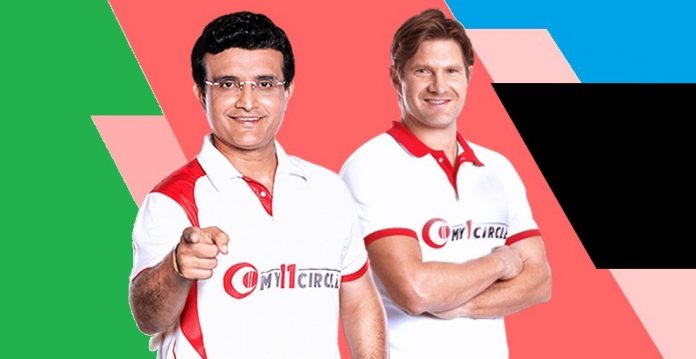 People love playing on their smartphones and handheld devices when they travel. In fact, whether you are travelling by train, bus or car, you will always find some people glued to their devices playing online games. A phenomenon that has now become quite popular in online gaming is fantasy cricket. During reputed sports events like the ICC World Cup or the FIFA World Cup, it becomes even more common. During these times, you can see several people playing online cricket or football on their smartphones or tablets.

Not an isolated event

Online gaming has become more popular than ever, and the massive growth of digital infrastructure is one of the most important reasons for this. One understands this from the fact that the number of fantasy sports operators as well as fantasy app users on the mobile platform has grown rapidly and steadily.

In the 18 years of its existence since being introduced by ESPN in 2001, the user base of all fantasy sports operators combined has increased from around half a million to a whopping 20 million users. However, the Indian Federation of Sports Gaming, a platform of these operators, believes that the growth has been especially rapid in the last two years. This is also corroborated by the fact that among the 60 odd companies operating in this space, 30 have been launched in 2017-18 alone. It is expected that the number of users on these platforms will cross 100 million by 2020. This has the potential to give rise to an ecosystem around it.

Fantasy cricket has witnessed a sharp rise in user base in 2017-2018. The number of platforms offering such cricket leagues has nearly doubled in these years. It is estimated that the user base of such apps has grown from a meagre 2000 to around 40 million in just a few years. While the viewership of IPL has grown by 21% on television and 32% on online streaming apps in 2018, the participants of fantasy cricket online gaming have grown even more.

My11Circle, a fantasy cricket platform, has come into existence only over the last few years but has been billed as one of the most popular online cricketing platforms. The platform has amassed a total user base of around 1.3 crores. Users only need to download the fantasy app to play the game whenever they want.

So, what exactly is contributing to this incredible growth?

My11Circle has been endorsed by none other than the ex-Team India captain, Sourav Ganguly. Needless to say, when a towering cricketing personality like him endorses a gaming platform, the idea finds a number of takers. This is one of the reasons that this platform has witnessed such massive growth in a short duration of time. However, this is not the sole reason.

One of the biggest motivations is the excitement of winning prizes and climbing up the leaderboard. Indeed, the opportunity to win big prize money is an important motivator for about 30% of users. In just a few years, users have grossed prize money amounting to 1.1 crores from My11Circle.

It must be noted that only about 25-30% of the users have to shell out money to play on these fantasy sports platforms. Most of the money comes in the form of re-investments from previous winnings along with bonuses, as well as promotional offers announced periodically. People, therefore, keep playing since most of them don’t need to directly pay to continue playing.

For a number of users, the primary motivation is excitement and fun. Since playing these games require knowledge about the game as well as skill, users are excited to play these games when they master them. Moreover, one just needs to download the fantasy app on the mobile in order to enjoy unlimited fun with a game of cricket.

Users can select their favourite players to make a team of 11 and choose all the critical aspects of the game. This really puts the users in the driver’s seat in fantasy cricket. Since players are modelled after real ones, users can carefully select depending on the performance of individual players in a real game. By doing so, they can accumulate valuable points even before the game starts. So, the user controls everything – right from player selection to shot selection. Users can choose between formats too.

In a country like India where sports like cricket is celebrated with as much excitement as popular festivals, users can rarely abstain from a game that offers so much involvement.

Though the user base of fantasy cricket leagues witnesses a high during cricketing seasons, it also points towards a rising tide of virtual cricket over real cricket. With over 12 billion die-hard cricket fans, India may well be leading the realm of fantasy cricket, which could even surpass real cricket. Fast growing digital infrastructure, fast internet connections, 4G and the advent of 5G, new sports leagues like IPL et al. point towards an increase in the user base of fantasy sports that is showing no signs of stopping.