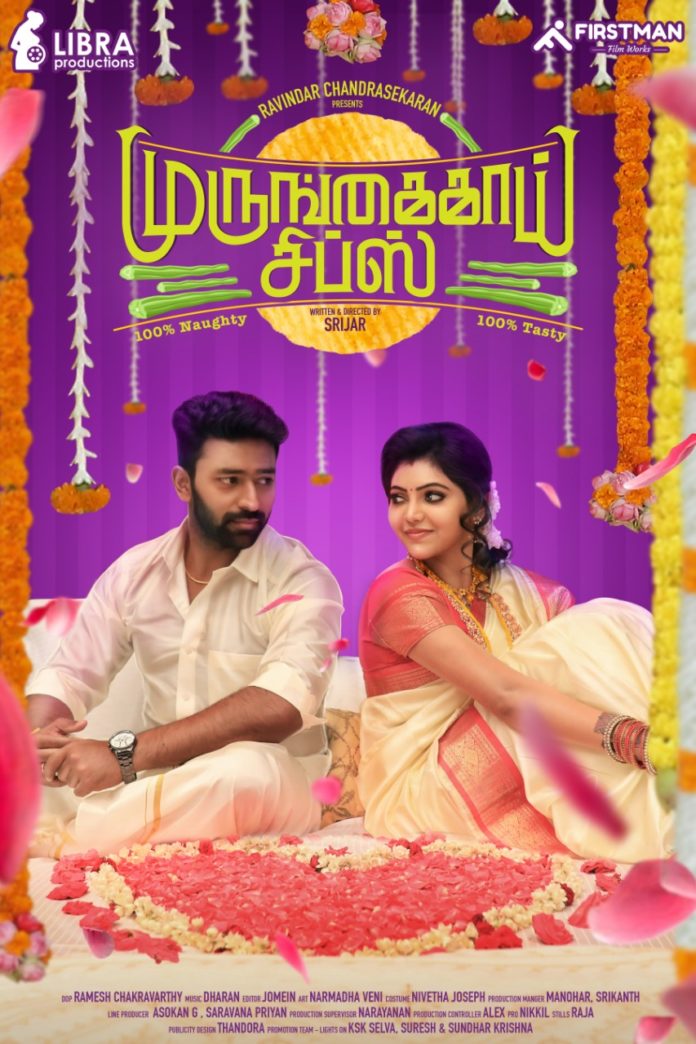 The makers have released the first look titled ‘Murungaikai Chips’ starring Santhanu Bhagyaraj directed by Sreedar. Shantanu is expecting more after ‘Master’ and ‘Ravana Kotam’ movies. He has been playing an important role with Vijay in ‘Master’. After all the work has been completed, the film will be released for Diwali.

The shooting of ‘Ravana Gotham’ will begin with the end of the coronavirus threat. Also, Shantanu kept busy releasing shortfilms, starring in GVM song and Bhagyaraj Interview on his YouTube during lockdonw. Following these films, Shantanu signed a new film with director Sreedar. The film will also feature Athulya, Manobala, Anandraj, Mailasamy and Yogi Babu in important roles. Also, Bhagyaraj has signed up to play a major role in this movie.

The film is currently titled ‘Murungaikai Chips’ and released the first look. Today (July 8) is the birthday of producer Ravinder Chandrasekhar. They have released the first look of the film. Sreedar has made a humorous screenplay of the traditional events of the newlyweds’ first night. Ravinder Chandrasekhar, Sivasubramaniyan and Saravanapriyan will co-produce the film.