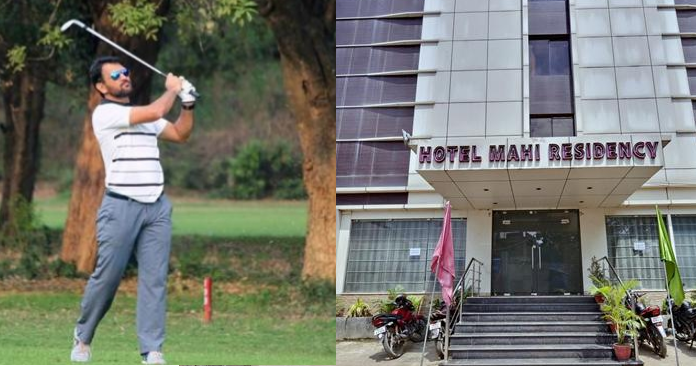 Recently MS Dhoni was not included in the BCCI contract for October 2019-September 2020. Though it may raise some doubts about his career in the Indian Cricket team, it did not affect his net worth very much. In 2019, He ranked the no. 5 on the Forbes India Celebrity 100 list. It is interesting to note that his income rose from Rs 101.77 crore in 2018 to Rs 135.39 crore in 2019, despite not playing test matches.

Mahi has a stake in several businesses and ventures. He came from a middle-class family and it looks like savings and multiple investments just run in their blood. Even he stayed away from the cricket for the most part of last year, he remains the brand ambassador for many brands and has a shiny ad-film career.

Let’s take a look at where and how MS Dhoni is making fortune out of his cricket career, apart from cricket.

Before we start the list, you should be prepared for the surprise about the number of sporting categories MS Dhoni is into with his investments. He is also invested in football, which is very close to his heart as well as Hockey which is India’s national sport. You can understand it by the fact that he used to be a goalkeeper before he shines behind the stumps.

1. Owns the Footwear side of Seven

Seven is a famous fitness and active lifestyle brand that targets free-spirited youth and lives by the principle of revolutionizing the sports. When Seven was founded in February 2016, and Dhoni was approached by the company to be the seven’s brand ambassador, Dhoni came up with a better idea.

He accepted the offer to be the company’s brand ambassador and also owns the footwear side of the brand. Now, this is actually called a masterstroke.

MS Dhoni is one of the fittest sportspersons around the globe. Everyone praises his speed in running between the wickets. This point leads to his love-affair with the gym. The interesting point is that Dhoni has invested in gyms as well.

Mahi owns 200 plus gyms across the country under the name SportsFit World Pvt. Ltd. There’s a no point mourning over his degradation of BCCI contract.

We all are aware of Mahi’s love for football. Well… he couldn’t make a career in football but he is associated with it by owning a football team in the Indian Super League. You heard right… MS Dhoni owns a part of Chennaiyin FC.

He often was seen supporting his Chennaiyin FC team. The current Indian skipper Virat Kohli also has his stake in an Indian Super League team, the Goa FC.

Mahi has a soft corner in his heart for bikes. And you can know this by seeing his insane bike collection over time. Not only this, Mahi’s fondness for bikes leads him to own a racing team in the Supersport World Championship.

However, he shared ownership with famous actor Akkineni Nagarjuna but it is one of the great sources of income for Dhoni even after he has been degraded in the BCCI contract.

Dhoni loves sports and often eager enough to promote sports on his level. Despite he has investments in Cricket, Brands, Gyms, Football, and racing team, he also made his investment in the Ranchi-based Hockey Club titled as Ranchi Rays.

There’s no denying that DHoni is looking to grab each and every sports opportunity. And the range of sports varies from Football to Hockey.

The least famous business venture of MS Dhoni is his hotel investments. He owns a hotel named Hotel Mahi Residency. This is a single hotel with a branch located in Jharkhand. This hotel doesn’t have any franchises yet. Maybe in the future, Dhoni would crack the fortune out of this business as well.

Now, let’s talk about the number of brand endorsements Dhoni has. The net worth of MS Dhoni is only scaling by the passing day and you can’t even figure out his immense popularity in the ad-world. Dhoni has endorsed Star, GoDaddy, Snickers, Videocon, Orient Electric, NetMeds, Bose, Pepsi, and the list is on and on and on.