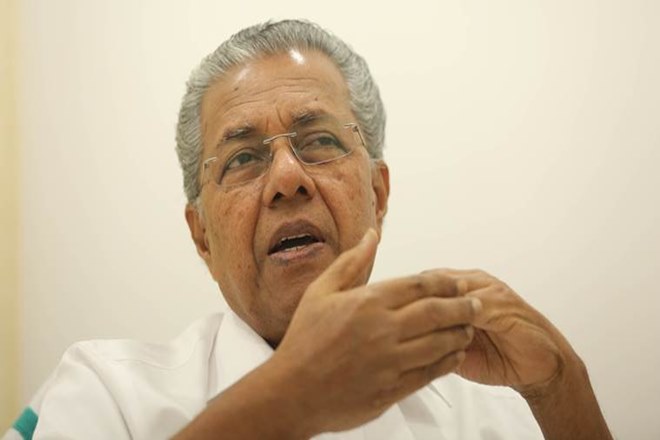 Thiruvananthapuram: Kerala Chief Minister Pinarayi Vijayan Friday voiced his strong objections to the statement made by Prime Minister Narendra Modi earlier in the Upper House of Parliament about the Chief Minister and the CPI-M, terming these as being untrue and protest worthy.

Making a sharp attack on Modi, Vijayan wrote in a Facebook post that Kerala is not willing to concede ground to those who want to instigate communal polarisation in the state.

During the debate in the Rajya Sabha earlier this week on the motion to thanks to the President, Modi had said that while Vijayan, on the one hand, was warning about extremist elements infiltrating the anti-Citizenship (Amendment) Act (CAA) protests, the latter’s party — the CPI-M — was, on the other hand, supporting extremists in Delhi.

On Friday, Vijayan wrote: “People were warned of such infiltrators, proper caution was also exercised. The discriminatory CAA, which is a plan forged in the kiln of RSS for achieving communal goals, must be resisted with the bulwark of secularism. In this, Kerala is a model for the whole country. Our secular State has the strength to fend off any sort of infiltrators in this movement as well”.

“The unity that we see in these struggles is a hallmark of the secularism of Kerala. This spirit has inspired the protests in Kerala against CAA, which seeks to confer citizenship on the basis of religion. This State is not an arable land for any kind of communalism,” he added.

Vijayan also said that the protests against the unconstitutional and discriminatory CAA have seen the coming together of people from all walks of life.

“My remarks on extremist organizations like SDPI were made in good faith. Kerala is guided by the belief that secularism is the only means for defeating the communal agenda of RSS. And we will resist anyone who attempts to pollute this struggle with the poison of communalism,” Vijayan said.

“The Prime Minister must rectify his statement that maligns the protests in Kerala. It is unbefitting for a Prime Minister to be a part of those who are disappointed with the fact that Kerala is leading the struggle against the communalism of both RSS and SDPI,” he added.