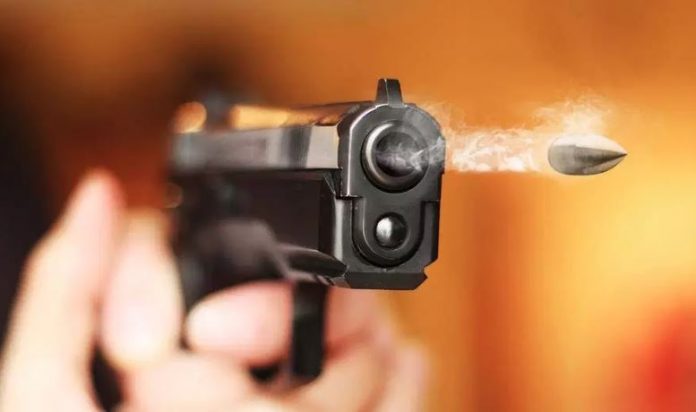 Bhubaneswar: A group of miscreants opened fire at the owner of a bus at Aiginia Durga Mandap area under Khandagiri police limits here, Sunday afternoon. The injured person, Bimbadhar Sundarray, is undergoing treatment at the AIIMS here.

The victim, a private bus owner, Sunday morning, engaged in an altercation with some youths from Sijua village on the outskirts of the city at a gym. Soon, the altercation escalated but subsided after intervention by other customers present at the gym.

However, a group of 20 to 25 youths again came to the spot along with hockey sticks, iron rods and other armed weapons. They attacked Sundarray who was standing near the gym. They also ransacked the gym and damaged equipments there.

Meanwhile, one of the accused opened fire at Sundarray.  Sundarray’s mobile was also completely damaged as the bullet hit the cell. Subsequently, Sundarray was rushed to AIIMS where he has been undergoing treatment.

Upon receipt of information, Khandagiri police reached at the spot and started investigation into the incident.

This is the second firing incident within the past two weeks. Earlier, miscreants opened fire at a student from Uttar Pradesh in a hotel under Chandaka police limits just few days ago.