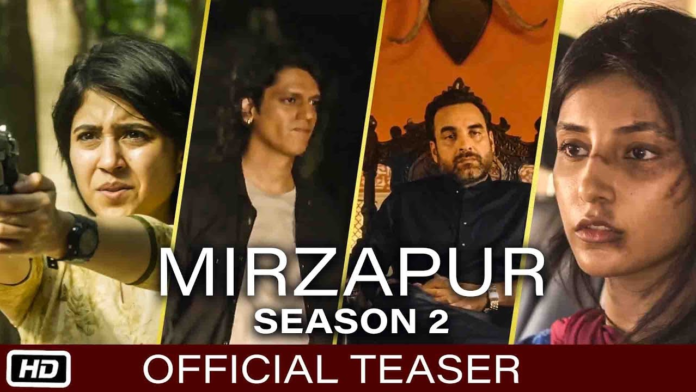 The excitement around the new season of Mirzapur is proven with the exemplary buzz around the Mirzapur Season 2 announcement video from Amazon Prime Video India which received 3 million views since February 2020.

Mirzapur Season 2 will be action packed and gripping to the core for sure. The major reason for the success of the first season Mirzapur was its excellent casting. Mirzapur Season 2 is likely to retain the core of its cast in the lead roles, which includes:

Mirzapur Season 2 is just around the corner. Amazon Prime Video’s latest updates about Mirzapur Season 2 on the Instagram handle @yehhaimirzapur has not updated since March. There are rumours suggesting potential postponement of post production activities due to Covid-19. We believed Mirzapur Season 2 will make a launch in May 2020 but it looks unlikely since the official list of upcoming shows in Prime Video is out for May 2020.

The speculations around the official release date of Mirzapur continues with no official announcement from Prime Video about the same. However, reports suggest that Mirzapur Season 2 Release will happen in August 2020. Mirzapur has received critical acclaims from global audience as well for its stupendous first season. We sincerely hope the fans of Mirzapur don’t have to wait any longer.