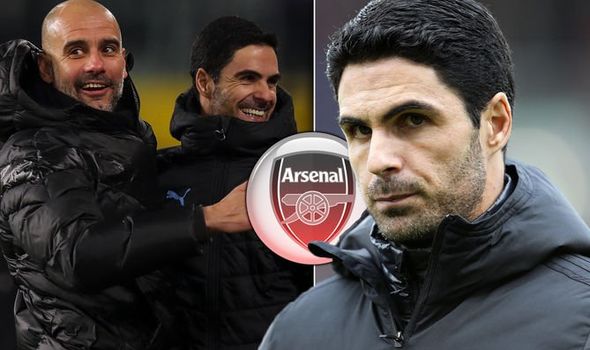 Arteta had worked as Guardiola’s No 2 at City for three-and-a-half years, before deciding to take on the manager’s role at Arsenal in December.

The former Gunners midfielder said that he feels privileged to have learned from the City manager, and he gained a lot from the experience.

When Arteta was asked if he misses Guardiola, the Gunners boss said: “Absolutely. I am a big friend of his and I admire him.

JUST IN: Arsenal identifies the biggest surprise since replacing Emery

“I always talk with him. He is a really good friend of mine. I respect him so much.

“We share a lot of things in our life and we discuss everything.

“I have to apply my own things. He was part of my development as a person to go through a lot of things I experienced next to him.

“It was a privilege, and of course a lot of the things I took on board, that I felt from my time at Barcelona, we shared together and a lot of things I learned from his management.”

Arteta was speaking at the Gunners’ winter training camp in Dubai.

The Arsenal team travelled to the United Arab Emirates for some warm-weather training during their winter break.

Arsenal take on Newcastle United this weekend, on their return to Premier League action.

Three points is crucial at the Emirates Stadium, as they’re now 10 points behind in the race for the top four. 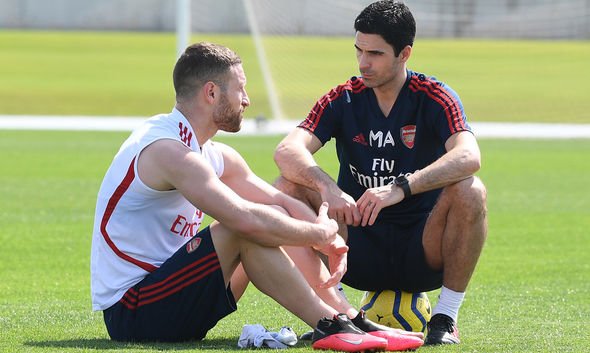 “I want to go game by game,” said Arteta. “At the moment we are far from the top four, but there are a lot of games to play.

“It is very tight. Everybody is giving points away. It will depend on us.

“If we are able to put three or four wins in a row, we will be much closer.

“That the players have clarity when they jump into the football pitch, that they know and they can recognise the scenarios they are facing and they have the tools for the solutions.”

Arsenal are currently 10th in the Premier League table, level on points with Newcastle after 25 matches.