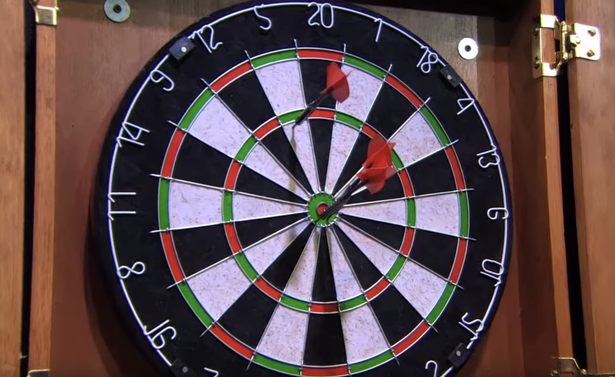 Mike Tyson was always lethal in the boxing ring, and it appears he could have also taken up a career in darts.

Back in 2013, ‘Iron Mike’ appeared on FOX Sports’ ‘Crowd Goes Wild’ and made a real impression on the show.

The 53-year-old was asked to throw three darts at a board while unable to see.

And not only did he score with each shot, Tyson got two darts in the bullseye, leaving the audience and host Katie Nolan in awe.

Tyson’s first attempt was millimetres away from hitting a treble as he scored five with a valiant throw.

His aggressive direct technique proved to work too as he launched the second in the green part of the bullseye, worth 25 points.

If that wasn’t impressive enough, he then proceeded to match it with an almost identical effort straight after.

Tyson proved that he had not lost his incredible levels of focus and unworldly hand-eye co-ordination that made him world-class in the ring. 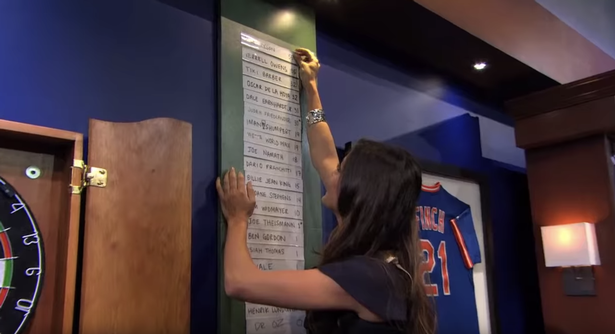 Iron Mike’s last professional fight came in June 2005 – his 58th in all – and the former heavyweight champion suddenly had a crowd cheering him again eight years later.

After taking off his blindfold following his third throw, Tyson addressed the audience and said: “I don’t want to say anything, I’m not gonna brag but – thank you.”

Ex-NFL star Terrell Owens had the previous best score of the show’s segment with 35 points from three darts.

Tyson’s score of 55, though, obliterated that record as he jumped straight to the top of the leaderboard.

‘Celebrities Throwing Sharp Objects Blindfolded’ ended the following year, and nobody ever surpassed Tyson’s total, leaving him as champion forever.