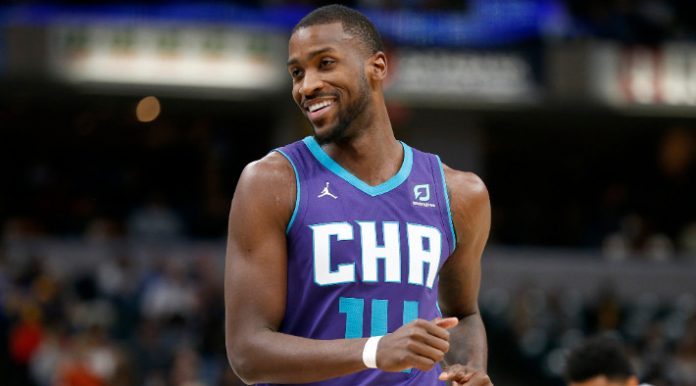 The Charlotte Hornets are getting buyout happy in the days following the NBA trade deadline. It had already been announced that longtime forward Marvin Williams’ time in Charlotte would come to an end, with a move to the Milwaukee Bucks on the horizon for the veteran forward. Now that one team stalwart is going elsewhere, another is on his way out the door, too.

According to Adrian Wojnarowski and Tim MacMahon of ESPN, Michael Kidd-Gilchrist, who has spent his entire professional career suiting up for the franchise, is also getting bought out, with the Dallas Mavericks emerging as a potential suitor once he hits the market.

Reporting with @espn_macmahon: Charlotte is finalizing a contract buyout with F Michael Kidd-Gilchrist. Dallas has emerged as a possible destination once MKG clears waivers.

Soon after, the team announced that MKG’s time in Charlotte had indeed come to an end for now.

The then-Bobcats selected Kidd-Gilchrist, a standout during his lone season at Kentucky, with the No. 2 pick in the 2012 NBA Draft. His struggles on offense, particularly when it came to developing a jumper, are well-documented, but he always had a place on the team due to his tenacity, rebounding, and defending. For a team that needs those sorts of things, Kidd-Gilchrist — who is still only 26 — can provide that in a role off the bench.

This season, Kidd-Gilchrist has appeared in 12 games with no starts. He’s averaging four points and 2.9 rebounds in 13.3 minutes a night, and we’ll keep you updated on whether or not he does, indeed, join the Mavs.