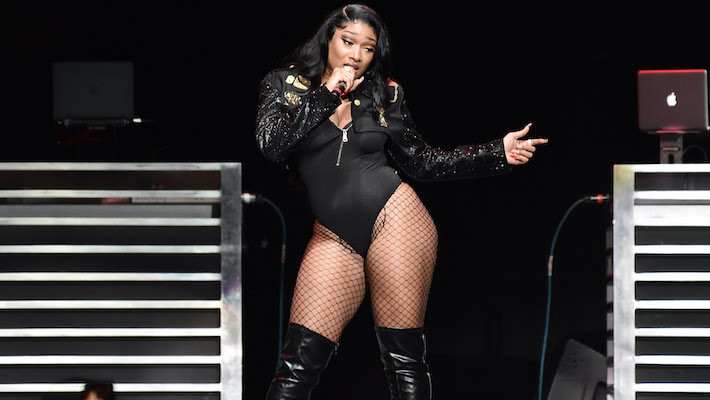 After setting 2019 on fire with her Fever project propelled by fan favorites like “Cash Sh*t” and “Realer,” Megan Thee Stallion returned this year with “B.I.T.C.H.” The track officially commenced the campaign that will eventually take us into her upcoming project. On a bit of a promo run, Megan stopped by The Cruz Show on L.A’s 92.3 radio station to speak on a number of topics, including why men cheat.

When asked, the Houston rapper offered a straight-forward reason: “I think men cheat just because they greedy,” she said. She continued by saying, “A man could be completely in love with his woman but if it’s something that’s seeming like the right thing to do at the time I think he gonna slide. But he gonna still be in love and want to go home and now he’s just around creating crazy people. That’s just what it is. Women don’t just pop out crazy. Something made them crazy.”

In the interview, Megan also teased the possibility of creating a joint project with DaBaby after the success of their “Cash Sh*t” single. “Our schedules last year were just insane… This year, I’m managing myself a little better with my time. I really wanna make it happen.”

To watch Megan’s response to the question, press play on the video above.