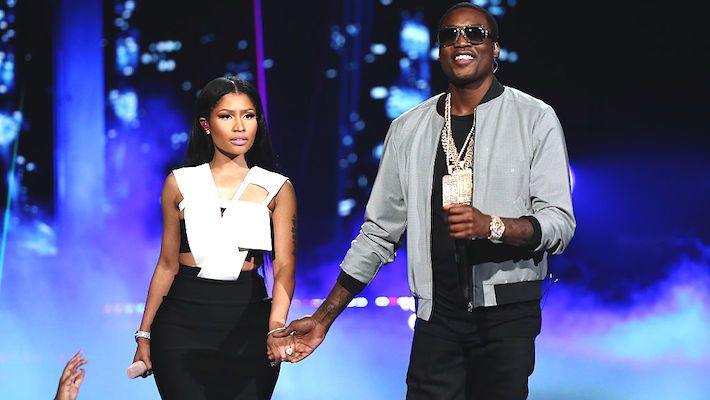 Nicki Minaj may have married her long-time boyfriend Kenneth Petty earlier this year, but that doesn’t mean she’s solved all her problems with her exes. Though she and Meek Mill split in 2017, it seems as though the two still have some bad blood between them. All three reportedly ran into each other at a Hollywood store, and things weren’t quite cordial: The two exes got into a verbal altercation in the store, even involving fellow rapper Rech.

The run-in happened while Minaj was doing some weekend shopping, according to TMZ. A bystander-captured video shows the shouting match that ensued, which, the report states, “almost ended in blows.” The scuffle ended with Mill being escorted out of the store by both his bodyguards and the store’s security team.

Rech, who was present during the event, recounted his side in a video shared to Instagram. He confirmed the argument, saying the things got heated began before he even realized who he was talking to. Rech said the exchange was diffused when the married couple realized Rech and Mill had just run into each other in the store, though they hadn’t arrived together. Rech and Minaj made up, even snapping a few selfies before parting ways.