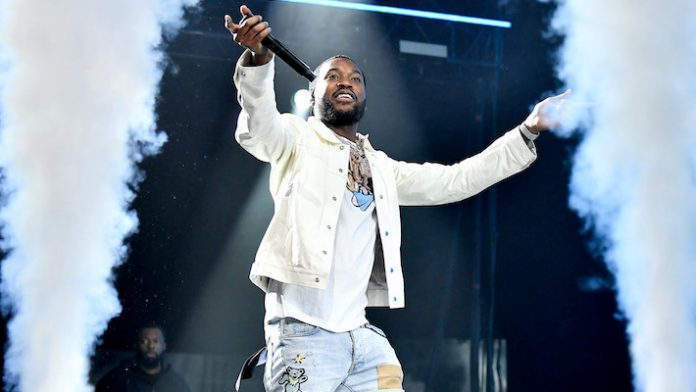 As 2019 was nearing an end, Meek Mill delivered a hint to fans that his that fifth album would arrive before the year concluded. Well, 2019 came and went and there was no sign of an album from the Philly rapper. However, fans were left with a boomerang shot of Mill and Justin Timberlake in the midst of a video shoot. The tease was enough to hold fans over for the time being and today, their collaboration has alas arrived.

An empowering anthem, Mill and Timberlake look to bring motivation off all kinds to listeners on “Believe.” The track arrives just weeks after Mill was joined by Roddy Ricch at the Grammy Awards to perform their tribute track to Nipsey Hussle, “Letter To Nipsey” — a track they would later be released at the end of the award show.

In the hours leading to the release of “Believe,” Mill took to his Instagram to share a few clips that detailed the track’s creation. Mill and Timberlake are shown in the video discussing the song’s chorus and ideas for the video, while Timberlake is also shown creating parts of the song’s instrumental.

“Believe” serves as a good end to Mill’s week as the Philly rapper was caught in a war of words with ex-girlfriend Nicki Minaj, one that led to Minaj accusing him of abusing her during their time together.

Press play on the video above to hear Meek Mill and Justin Timberlake’s new track.