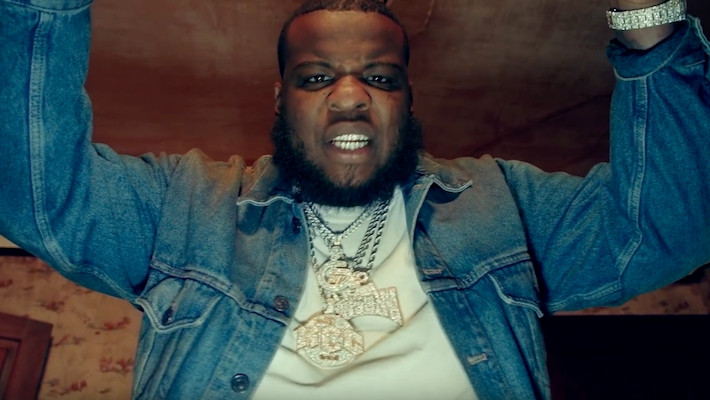 Just days after dropping a Colors performance that had the rap internet buzzing, Houston rapper Maxo Kream releases the cinematic video for his Brandon Banks track “Drizzy Draco,” directed by Omar Jones. The Training Day-esque video follows Maxo and his goons on a mission to hunt down Maxo’s missing product, shaking down a “peon worker,” a small-time hustler named Janky Franky, a “scamming-ass lawyer,” and a Griselda Blanco-inspired retirement home resident who seems way more tapped-in than she should be.

Eventually, Maxo’s missing briefcases turn up at a traphouse being held down by card-playing goons and a Mexican standoff ensues in which Maxo deploys a cartoonish prop gun to make his point. Of course, the contents of the video’s MacGuffins are never revealed, but the rapper seems satisfied by the reverse close-up shot from the briefcases’ interiors. He still seemingly shoots the perpetrators as the video cuts to black with sound of three gunshots. The “Drizzy Draco” video follows on the heels of Maxo’s standout performance on the live revue show Colors where the blue-clad rapper stood out in stark contrast to the red stage. You can watch that video below and watch the video for “Drizzy Draco” above.

Brandon Banks is out now on RCA Records. Get it here.