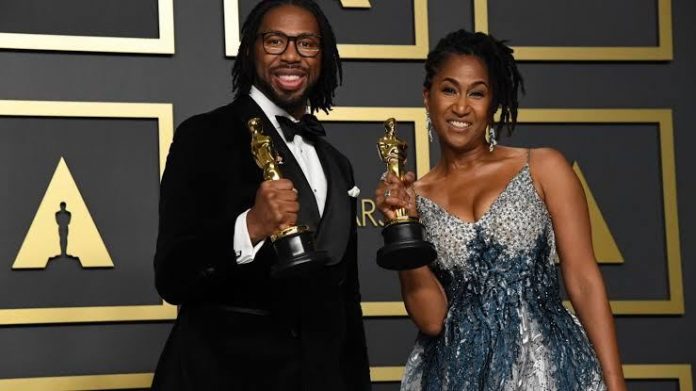 Cherry won his first Oscar on Sunday for the animated short film ‘Hair Love’, which narrates a story of a black father learning to style his daughter’s hair. Apparently, in 2016, Cherry predicted that he had an ‘Oscar-worthy’ idea, calling out 3D Artists on his Twitter timeline to get in touch with him.

“Nailed it”, Cherry tweeted after winning an Oscar award for a movie based on an idea that he had envisioned 4 years back in 2016.

In 2012, Matthew Cherry posted a tweet declaring that he would one day be nominated for the much-coveted Oscar awards.

I’m gonna be nominated for an Oscar one day. Already claiming it

Cherry, in his acceptance speech, stated that he had dreamt of creating an ode to black hair to increase their representation in animated films. He said that ‘Hair Love’ was done because he wanted to normalise black hair and see it get more representation.

The 6-minute short animated film depicts a beautiful story of familial love. A daughter struggles to set her hair because he mother, who usually did it, is in hospital, getting treatment for cancer. The father, though he initially struggles, finally learns to do his daughter’s hair just like his wife used to do, by learning from his wife’s tutorial videos.

Through his movie, Cherry brought to fore Crown Act, that seeks to proscribe discrimination based on hair colour and texture. Cherry brought along with him DeAndre Arnold, a teenager who was not permitted to attend graduation without cutting his dreadlocks, to the awards ceremony.

“There is a very important issue that’s out there. It’s the Crown Act and if we can help this get passed in all 50 states, it’ll help stories like DeAndre Arnold, who’s our special guest tonight, stop happening,” Cherry said.