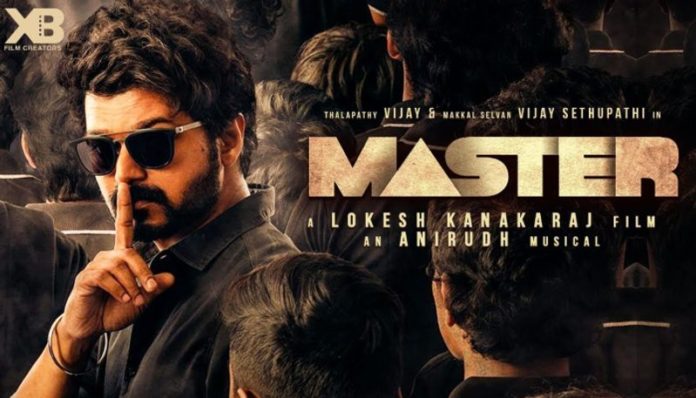 Thalapathy Vijay has completed Master movie in the direction of Lokesh Kanakaraj. With Vijay’s alliance with director Lokesh Kanakaraj, who has directed different films like Kaithi and Maanagaram and given super hits, the anticipation of the film has increased. The film stars Malavika Mohanan as the heroine and Vijay Sethupathi as the villain. Andrea, ’96’ fame Gauri Kishan, Malayalam actress Lindhu Roni, VJ Ramya are part of the movie along with Shanthanu Bhagyaraj.

If Coronavirus lockdown had not happened, the master film should have been released on April 9th, 2020. Post production work is currently underway. Meanwhile, it is reported that the master film will be released on Diwali 2020 which falls on 14th November. Anirudh’s music for thee movie has gone viral on social media. All of the popular songs of Thalapthi Vijay in this movie is going viral on TikTok. Many Bollywood and Kollywood celebrities are dancing to the Vaathi coming song and sharing it on social media.

Here’s an update on Master movie which will make Thalapathy fans happy. It has been reported that the film’s final post-production work is underway and the master copy of the movie has been sent to the censor board. Likewise the total running time of the film is said to be 165 minutes. Vijay fans are happy to hear this news and will be excited to see the trailer of this movie. The trailer of Master movie is expected to release in June 2020 and it will have update on the movie release date.