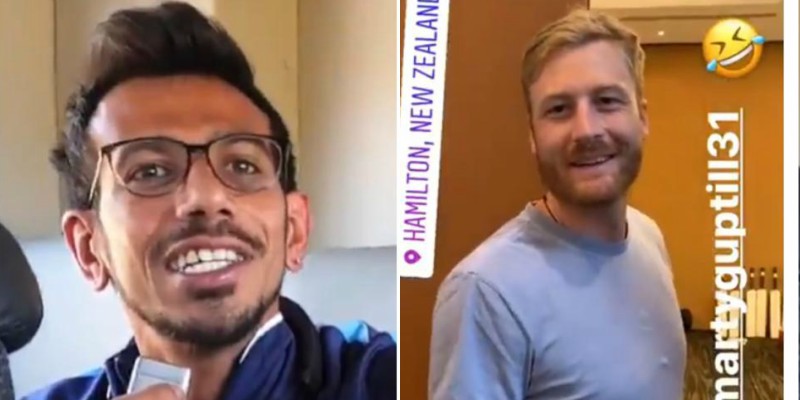 Indian leg-spinner Yuzvendra Chahal never fails to entertain the fans with his wit and hilarious sense of humor. He isn’t just the favorite of Indian cricketers but he also a great bond with the overseas players as well.

Recently, Chahal was at the receiving end of a Hindi cuss word from New Zealand batsman Martin Guptill. The hilarious moment took place on Sunday after the 2nd T20I against New Zealand, where the Indian cricket team won the game by 7 wickets to lead the series by 2-0. 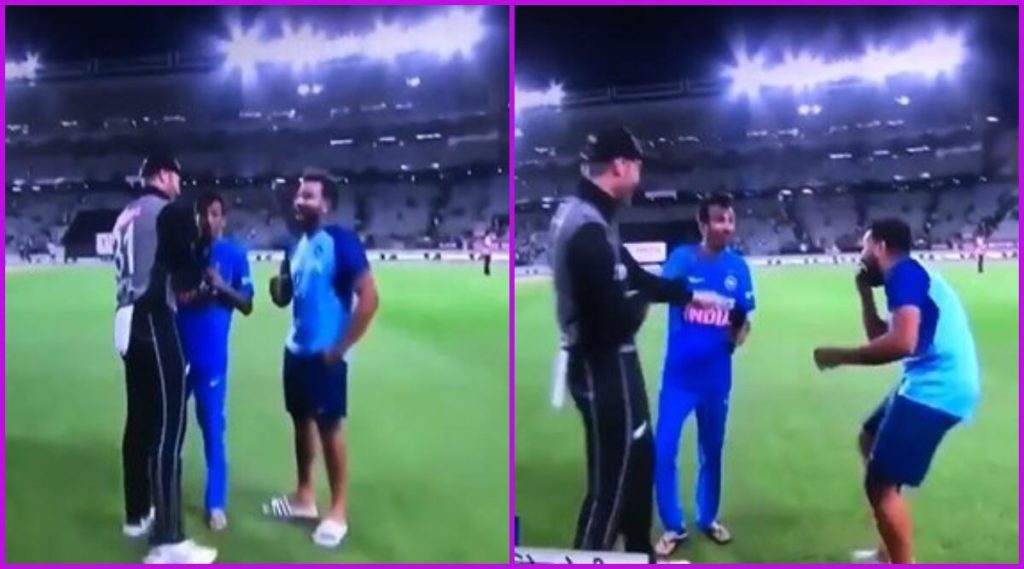 After the match, Yuzvendra Chahal was back to his anchoring duties as he hosted another fun session of his talk show ‘Chahal TV’. Yuzvendra Chahal, holding his microphone, went to chat with Martin Guptill, who was having a conversation with India’s vice-captain Rohit Sharma at the time.

Yuzvendra Chahal greeted both the players to which Guptill responded with “Kya hai G***u?”, leaving Rohit Sharma in splits, while Chahal was taken aback by surprise. The video of the same has been making rounds on the internet.

Now just a day after that hilarious moment took place, Yuzvendra met up with Guptill once again in the hotel room and asked him to repeat what he said on the camera. However, this time Martin
Guptill acted smartly by not repeating his mistake in front of the camera.

In the video posted by Yuzvendra Chahal on his Instagram story, Martin Guptill asks: “What are you saying?” to which Chahal answers: “What you told me last night?”. Martin Guptill didn’t repeat the cuss word again.and said: “Ayee, you know what I told you last night!”. His response left Chahal in splits.