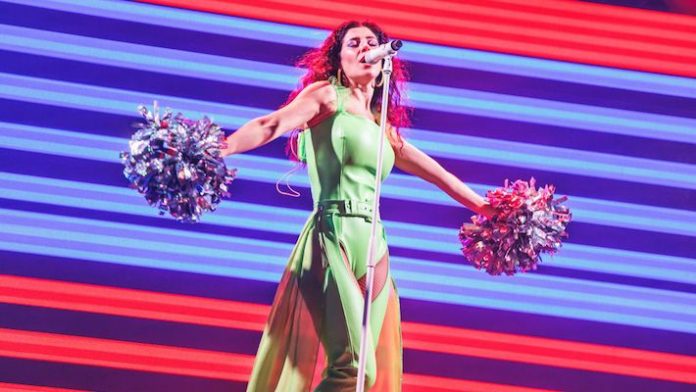 Mariana And The Diamonds’ break-out single “Primadonna Girl” arrived just about eight years ago. The singer has since dropped the latter part of her title, rebranding herself simply as Marina, but she’s still releasing music. Her two-part record Love + Fear arrived in 2019 as a surprise release, and the singer has been touring in support of the project since. But the singer had another release up her sleeve. Mariana debuted the soaring single “About Love” as part of the soundtrack to Netflix’s upcoming film To All The Boys: P.S. I Still Love You.

In the upbeat track, Marina chronicles all that she’s learned about relationships. “My head gets messy when I try to hide / The things I love about you in my mind,” Marina sings. The track’s revved-up beat pauses during the chorus, highlighting Marina’s earnest musings while building anticipation for its inevitable drop.

Listen to Mariana’s “About Love” above.

To All The Boys: P.S. I Still Love You premieres on Netflix 02/12. Watch the trailer here.