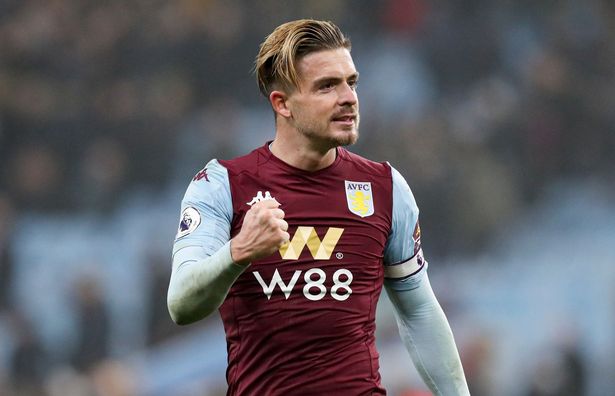 Manchester United have been backed to seal the signing of Jack Grealish ahead of Clasico giants Barcelona and Real Madrid by former Chelsea striker Tony Cascarino.

United have made Grealish their prime summer target as Ole Gunnar Solskjaer bids to bolster his midfield ahead of next term.

Grealish is desperate to keep boyhood club Aston Villa in the Premier League but could leave at the culmination of the campaign regardless of whether Dean Smith’s men avoid the drop.

Barcelona and Real Madrid have also been linked with a swoop for the Villa skipper, but Cascarino – who scored 11 league goals for the Villans in the early 90s – believes United will make the most sustained attempt to secure his services.

“I think he has got that Philippe Coutinho-type of performance,” he told talkSPORT. “I think there are a number of clubs that could take Jack.

“I think Manchester United is where he will go because I think they will be the guys that will go the hardest for him.

“United now are going to go with a sledgehammer with certain transfers they want to get over the line, and Jack, I think, is going to be one of them.”

United swooped for Bruno Fernandes in for £68million in January and also signed Odion Ighalo on loan on deadline day as striker cover for the injured Marcus Rashford.