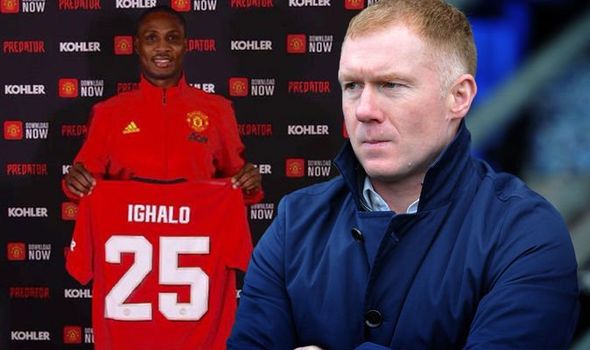 Paul Scholes is not convinced Odion Ighalo will have a big impact at Manchester United after the Nigerian striker joined from Shanghai Shenhua on loan until the end of the season last month. Ighalo has been regaining his fitness in an independent gym in Manchester while his team-mates have undergone warm-weather training in Marbella over the winter break.

The club decided that Ighalo would not join the rest of the squad out of fears that the 30-year-old, who originally flew in China, would not be allowed back into England.

Ighalo has also been prevented from using the facilities at United’s Aon Training Complex in Carrington as a precaution.

The United No 25 has had one previous spell in England with Watford during which he scored 16 league goals across 55 appearances.

Ighalo, a boyhood United fan, is eager to get underway for the Red Devils and may make his debut on Monday away to Chelsea.

Scholes, who won 11 Premier League titles at United, is sceptical of the impact Ighalo will make to Ole Gunnar Solskjaer’s squad, however.

“I think his scoring record in China is very good, but is it that credible? I don’t know.

“He’ll play with his back to goal and he might bring players into play.

“It’s good to have an extra body, but when you’re United, you want an extra body with quality, and he’s got that to prove.

“He’ll bring something different. I don’t see him starting many games.”

Ighalo has scored 46 goals in the Chinese Super League over the last three seasons but has not played since December when the nation’s 2019 season ended. 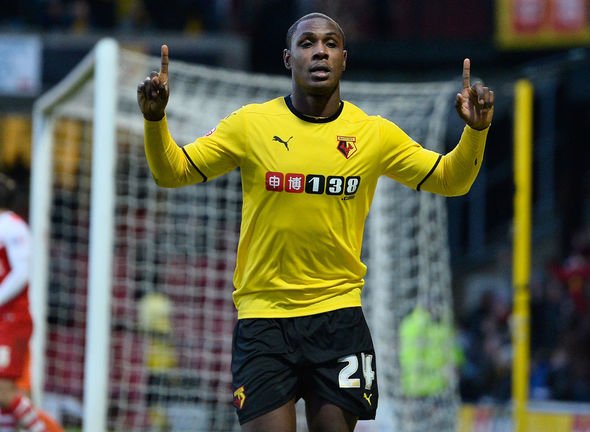 He is confident he can make a difference, though, and detailed his qualities to MUTV last week.

“They have a striker that stays mostly in the middle, but [Anthony] Martial likes to come from the side, even [Marcus] Rashford and all that, so you need someone in the middle that can keep the ball, hold the ball, because I’ve watched so many United games,” Ighalo said.

“So they need a physicality there up front to keep the ball, to give and to make some movement, which I believe, if everything goes well, I can add to the team.”

As for his targets in the six month he has in Manchester, Ighalo added: “My ambition is to work hard with the team and make sure we finish well in the season and above where we are today.

“I saw the table (United are currently eighth) and I know Man United is a big team, they are there at the top and now things are not going the way they should go.

“So my aim to contribute my own quarter to the team and make sure we finish good in the position.“