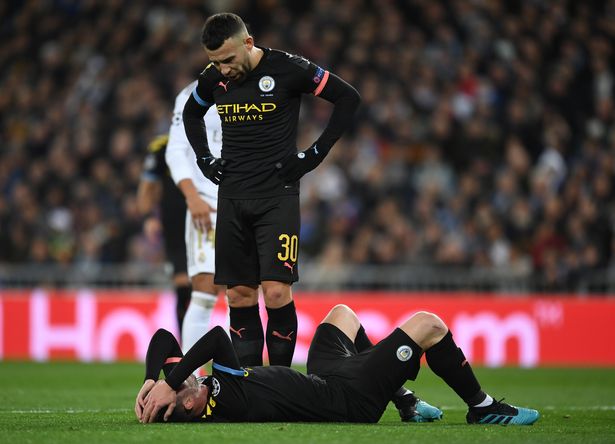 Aymeric Laporte fears he will be out for weeks in a fresh injury blow to Manchester City .

Laporte , who has already missed five months of the season with knee ligament damage, was forced off in the first-half of City’s 2-1 Champions League win at Real Madrid .

The defender suffered a hamstring injury which has ruled him out of Sunday’s Carabao Cup final showdown against Aston Villa at Wembley.

But Laporte fears the injury will sideline him for a number of weeks, meaning he is almost certain to miss the second leg of City’s last 16 tie at home to Real on March 17.

The injury to Laporte continues the defensive woes that have plagued Pep Guardiola and his squad this season. 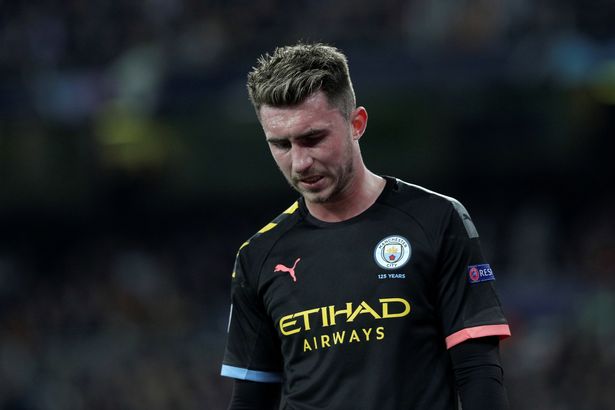 As well as Laporte, John Stones has missed a number of games through injury, and has struggled for form when fit.

The prolonged loss of Laporte forced Guardiola to deploy midfielder Fernandinho in central defence alongside Nicolas Otamendi, with the City manager’s personnel stretched to the limit.